'I never retired, I was honouring Birds' 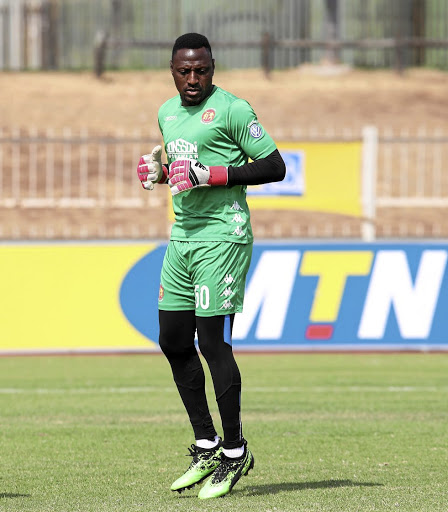 After being registered as a player by Highlands Park in an unexpected turn of events in July, goalkeeper Greg Etafia denied that he'd retired, saying he took a break from football to honour his ex-club Moroka Swallows, after their fall from grace.

"I never announced that I had retired, I only saw it in the media and laughed. When Swallows went down [from the second tier to the ABC Motsepe League in 2017], I decided to respect that by not playing for any team," Etafia told Sowetan.

"It was my personal choice to pay my respect to the club that made me the player I am today. I took a break, spent time with my family."

Etafia's deal with Highlands may be a short-term one, until the end of the season, but the veteran keeper is determined to have a prolonged career beyond his current contract.

"I can play as long as God gives me that strength to wake up in the morning, feeling fresh and healthy. Goalkeepers have that privilege to play longer than outfield players," noted Etafia.

Prior to resuming his career at the Lions of the North, Etafia, 37, had been serving as the club's MultiChoice Diski Challenge (MDC) goalkeeper coach, a role he also held at Baroka and Cape Town All Stars after leaving Swallows.

"First of all, it's about the love of the game and secondly I was already working with the Highlands MDC side as a goalkeeper coach," Etafia, who's yet to feature for Highlands this season, noted.

"Unfortunately Kapini got injured. went for operation, so the club found themselves in a difficult situation and they decided to sign me [as] a player," Etafia.

"I am very grateful to coach Owen."