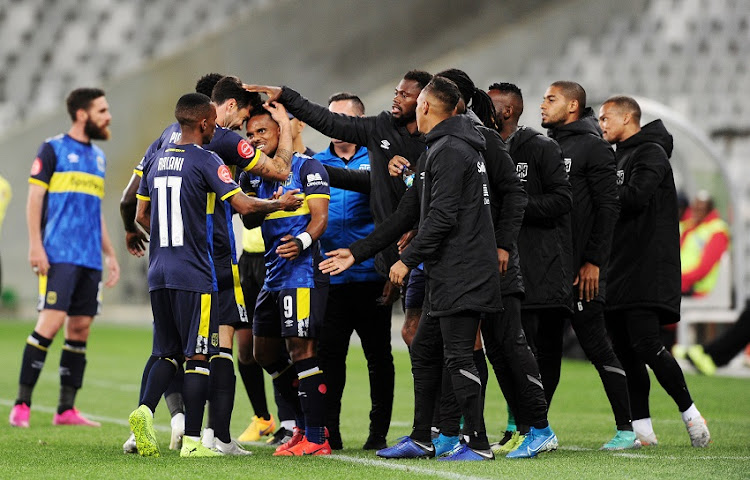 Erasmus took his tally to seven in the league this season to join Highlands Park’s Peter Shalulile at the top of the scorers charts as a rampant City recorded just a second Premiership win of the season.

Striker Charlton Mashumba scored a hat-trick for the visitors, who looked good going forward, but were disjointed in defence.

For Polokwane it is now five straight defeats and the axe must be looming above their Serbian coach Zlatko Krmpotic as the side were cut apart almost at will by their opponents.

The Cape Town club had new Dutch coach Jan Olde Riekerink watching from the stands after the axing of McCarthy on Sunday, and the former Ajax Amsterdam and Galatasaray tactician would have been impressed with much of what he saw.

City handed a debut to recently signed Greek centre-back Ioannis Potouridis and a first league start to Mthembu since August, with Erasmus at times dropping back into an attacking midfield position.

There was also a first start since February for Austrian midfielder Roland Putsche as caretaker coach Vasili Manousakis made six changes to the starting XI from the side that lost 1-0 to Maritzburg United last time out.

City started with purpose and had the lead inside six minutes as Riyaad Norodien found acres of space on the left wing and his low cross eluded George Chigova in the Polokwane goal to provide an easy tap-in for Erasmus.

The home side were in complete control of the game, but allowed their visitors back into the contest when a lapse in concentration from Taariq Fielies gave Mashumba an easy chance to score – more brittle defending which has been the Cape Town club’s Achilles heel this season.

They seemed to lose their rhythm after that as the game went into a lull with neither side able to create goalscoring opportunities, until Erasmus popped up with a composed finish on the stroke of halftime.

He was played in just behind the Polokwane defence and showed pace and precision to beat Chigova in the visitors’ goal.

Erasmus had a chance for his hat-trick early in the second period when Thami Mkhize’s inviting low cross was perfect for him, but he pulled his shot wide of goal.

Putsche flashed a 30-yard free-kick just past the post, before the home side did get a fourth in the simplest of fashions.

Mkhize’s cross to the back post was headed past a stranded Chigova by Makola.

And it was 5-1 two minutes later with another well-worked goal as Edmilson was worked into space on the right-hand side of the box and he thundered his shot into the net.

Polokwane had the final say late on when Mashumba provided a deft touch to ease the ball into the net and then added a another with a side-footed finish, but by then the game had long gone.