SA's Olympic hopes not over 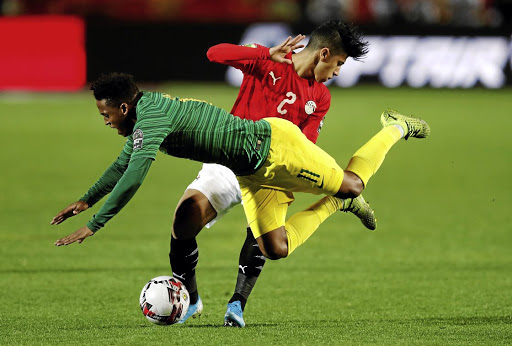 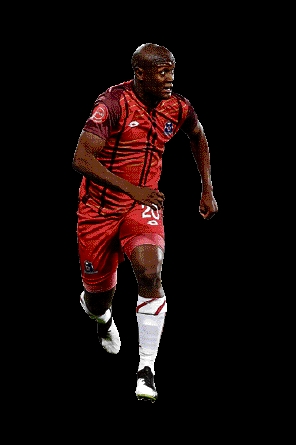 The SA Olympic team may have lost 3-0 to hosts Egypt in the semifinals of the ongoing Under-23 Africa Cup of Nations (Afcon) on Tuesday, but the David Notoane-coached troops still have a chance to qualify for the Olympics, needing to beat Ghana in the third-place play-off tomorrow (4.30pm).

Egypt's win over SA was marred by a number of poor decisions by Senegalese referee Daouda Gueye, with the most controversial one being the penalty the hosts were awarded to score the first goal.

SA defender Thendo Mukumela was adjudged to have handled the ball inside the box, when he was clearly way out of the box.

Ramadan Sobhi converted the resultant penalty before Abdel Magdy's brace put the match to bed. In his post-match media conference, Notoane was interrupted by the celebrating Egyptian players, who sprayed water on him.

South Africa coach David Notoane could not hide his frustration after his side were on the receiving end of a shocking refereeing decision in their ...
Sport
2 years ago

Despite the disturbance in the media conference room, Notoane kept his cool and joked about the incident, saying it should be a sign of luck for the Ghana game.

"I am showered with water, which is a blessing. I don't take alcohol. I hope it is a blessing for a victory against Ghana and we can be where the Egyptian team are," Notoane quipped.

Meanwhile, Safa acting chief executive Gay Mokoena has confirmed the players who only joined the team in Egypt after the start of the Fifa week will remain with the team for tomorrow's tie.

"Everyone is available for the Ghana game. We spoke with all the clubs and all is in order," Mokoena told Sowetan yesterday.

A number of players such as the SuperSport United duo of Sipho Mbule and Teboho Mokoena missed the first match against Zambia two weeks ago due to their club's unwillingness to release them before the Fifa break as the eight-nation competition in Egypt falls out of the global football governing body's calendar.

The winner between SA and Ghana tomorrow will join Egypt and Ivory Coast as Africa's three representatives at next year's Olympics in Tokyo, Japan.

A controversial penalty from Ramadan Sobhi set Egypt on the way to a 3-0 win over South Africa in their 2019 Africa Under-23 Cup of Nations semifinal ...
Sport
2 years ago

South Africa coach David Notoane could not hide his frustration after his side were on the receiving end of a shocking refereeing decision in their ...
Sport
2 years ago