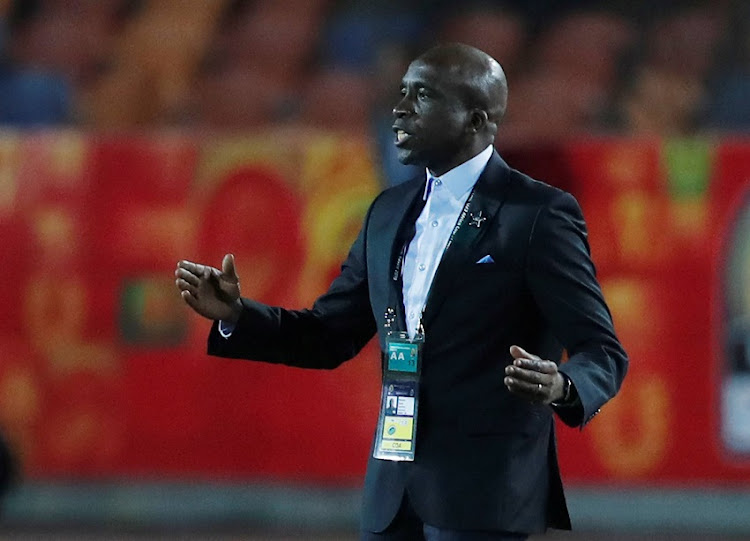 South Africa coach David Notoane could not hide his frustration after his side were on the receiving end of a shocking refereeing decision in their 3-0 Africa Under-23 Cup of Nations semifinal defeat to Egypt on Tuesday.

The game was finely balanced at 0-0 just before the hour mark‚ with South Africa creating the better chances‚ before Senegalese referee Daouda Gueye adjudged a handball from Thendo Mukumela to be inside the penalty-box‚ when he was at least half a yard outside the area.

It was a game-changing moment that shifted the momentum‚ with Notoane’s frustration deepened by a foul on Kamohelo Mahlatsi with 10 minutes to ago that was deemed outside the Egyptian area when the initial contact was made inside.

Notoane always cuts a dignified figure and while he heaped praise on Egypt‚ he also did not mince his words over the incidents.

“You saw what happened … 60th minute and a penalty. OK … we all saw it. I don’t want to take anything away from Egypt‚ but this is a big tournament‚” Notoane said.

“Someone mentioned VAR [Video Assistant Referee]‚ why didn’t we bring it [to the tournament]? It is the bad side of football‚ I have seen it on my phone and it is outside the box. But I don’t want to spoil the occasion for Egypt.

“Then‚ 80th minute‚ foul on my player on the white line‚ but we get nothing. It’s OK … it’s football‚ we take it and we move forward.

“Then we are chasing the game‚ we were open and the boys made some silly mistakes. You could see emotionally they couldn’t handle penalty decision to be honest. Egypt were full value for their 3-0‚ but the Man of the Match‚ we all know …

“It’s difficult for the players emotionally‚ when you play this game‚ in a Cairo Stadium that is buzzing‚ hot and noisy‚ and you get a decision like that in the 60th minute of the game … it becomes difficult mentally.”

Notoane hopes his side will use the anger and disappointment as a spur when they meet Ghana in the third-place play-off on Friday‚ where they can also book a place at the 2020 Olympic Games in Tokyo with a victory.

“I hope it is an experience that these young boys will take forward‚ of course we are preparing them for senior competition. We have to go to the Olympics and show more mental strength and resilience‚” he said.

South Africa were arguably the better side in the first half and missed one big chance to take the lead when Kabomelo Kodisang narrowly failed to get on the end of Luther Singh cross with the goal gaping.

Singh also hit the crossbar with the score at 1-0 in a game where all the big moments went against the visitors.

“Today we did not start with Lyle Foster‚ we started with Luther Singh up top because we wanted to bring pace against the Egyptian back three‚” Notoane explained.

“They are a team that breaks you down in the middle‚ and if they don’t do that‚ they have wing-backs that come in deeper‚ to go to five at the back.

“We were able to find pockets to play in‚ but Singh was a little bit isolated and didn’t have quick support in comparison to Egypt. The transitions are what they are strong on.

“At halftime I was a bit disappointed because I thought we could have got a goal.”

The post-match presser was interrupted by celebrating Egyptian players‚ with Notoane getting an early shower of water. He hopes it is a good omen for Friday.

“That is what football is about‚ it’s about the players. We [coaches] put the plans and strategies in place [but it is about them]. You can see what it means to them.

“I am showered with water‚ which is a blessing‚ I don’t take alcohol. I hope it is a blessing for a victory against Ghana and we can be where the Egyptian team is on Friday.”