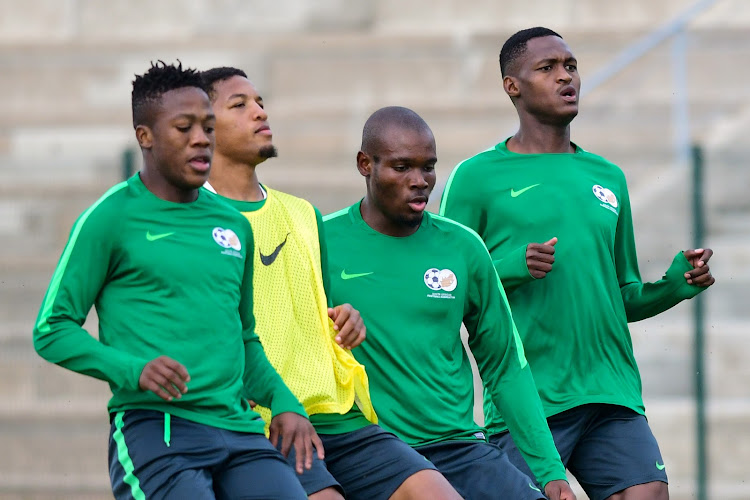 South Africa coach David Notoane has promised to give his full squad a run at the Cosafa Cup and with the team having dropped into the Plate competition‚ that should mean a debut for unknown Portugal-based winger Kgaogelo Sekgota against Uganda on Tuesday.

Sekgota played in the Portuguese top-flight with Vitoria Setubal this past season‚ which has earned the 21-year-old from Seshego a look-in at international level.

Having been taken to Stumbras in Lithuania by former junior international Bally Smart‚ Sekgota skipped domestic football and therefore an appearance against Uganda will be a first viewing of the player for most South Africans.

“When I got the call‚ I couldn’t believe it. I called my mom and I was crying‚” Sekgota told TimesLIVE.

“All of the struggles down the years‚ the moves [abroad]‚ the academies I went to‚ and then knowing that I would get this opportunity. I’m so grateful and looking forward to contributing to my country.”

Even most of Sekgota’s family have not seen him playing professionally‚ making a possible appearance even more special for the winger.

“Playing in Europe‚ most people at home can’t watch your games‚ but now‚ knowing that my grandmother and the rest of the family can see me playing‚ is an amazing feeling.”

Sekgota says there are some familiar faces in the squad‚ which has helped him to settle.

“The welcome was good‚ I know Luther [Singh] from Portugal. I know Thendo [Mukumela] and [Tercious] Malepe from the young hood [in Limpopo]. I immediately felt at home.

“The coach [Notoane] welcomed me very well‚ he is showing us how to become future international players. Every day is about learning something new.”

Sekgota has only been at Vitoria for six months‚ and has another year on his contract‚ but has made an immediate impact and says playing in a country like Portugal has already enriched his game.

“It helps a lot to have good players around you every day‚ to have good coaches. Everything there is about football.

"There is a lot of history in that country‚ to be where Cristiano Ronaldo started‚ it gives you the motivation daily to become who you want to become.”