Soweto derby a motivation for reserves 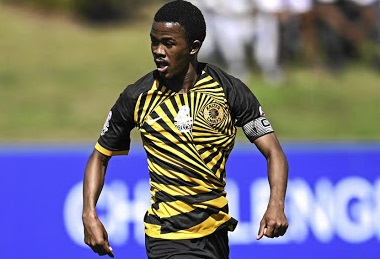 Just a week after back-to-back Soweto derbies between Chiefs and Pirates in the top-flight, the reserve sides of the traditional foes take centre stage tomorrow (3pm), headlining the MDC festival at Dobsonville Stadium, Soweto.

Chiefs will have to soldier on without Zwane, who's with Bafana Bafana as coach Molefi Ntseki's assistant. The club's head of development Sundra Govinder is expected to steer the ship in Zwane's absence.

"Our philosophy never changes, with or without the coach, we stick to what we've been taught by him [Zwane], so I don't think we will struggle because of his unavailability," Radebe told Sowetan yesterday.

"When it's a derby, you get motivated naturally nje [just]. We're prepared and we want to show everyone what we are capable of. We've done a lot of work on our attack recently and I think we will score many goals on Saturday."

He may be on loan at Moroka Swallows, but budding Kaizer Chiefs utility striker Itumeleng Shopane remains optimistic that he'll eventually crack it ...
Sport
2 years ago

Chiefs senior side won both derbies in the past two weeks, starting by overcoming Bucs 4-2 on penalties in the quarterfinals of the Telkom Knockout a fortnight ago, before claiming a 3-2 league success last week. This feat has motivated Radebe.

"We want to continue where our first team left [off], beating Pirates is more than football. it's more about bragging rights and making our fans happy," said the lad from Sebokeng in the Vaal, who has scored just once and racked up an impressive 11 assists in as many MDC games thus far.

Heading into this massive MDC Soweto derby, Pirates are fourth on the table on 24 points - five ahead of seventh-placed Chiefs after 13 games, while Mamelodi Sundowns are top of the pile on 32 points.

MDC fixtures (all at Dobsonville Stadium, unless stated)

Mashiane Happy to be back on field

Even when a golden opportunity to play for Mamelodi Sundowns went up in smoke, Kaizer Chiefs star Happy Mashiane never despaired.
Sport
2 years ago

The Kaizer Chiefs and Mamelodi Sundowns MDC sides will have to soldier on without their head coaches who are on international duty this weekend, with ...
Sport
2 years ago

Chiefs' depth put to the test

Blom must step up as Maluleka, Khune ruled out
Sport
2 years ago
Next Article