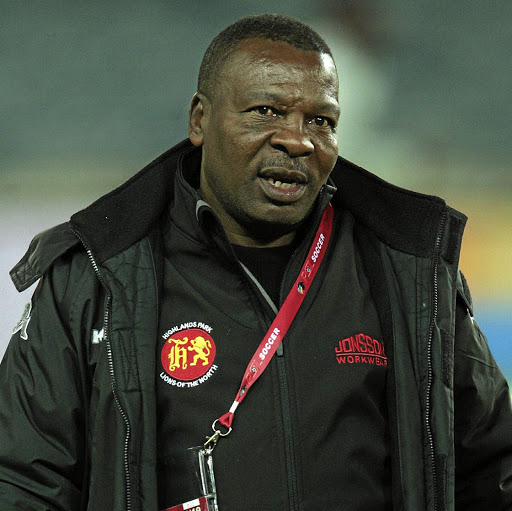 Highlands Park could wave goodbye to Makhulong Stadium, which is the club's home ground in Tembisa, director Sinky Mnisi said angrily in a media briefing at the venue yesterday.

"Our stay here at Makhulong Stadium lies solely with the Ekurhuleni municipality, which has not been good to us despite the club being the only one in top flight football from this region," said Mnisi.

"Our stadium is in appalling condition and we have engaged the municipality on a number of occasions but nothing positive came out of those meetings. We have been begging them to upgrade it so that it meets the standard required by the PSL.

"Makhulong Stadium does not have a backup generator should there be load-shedding or problems with electricity, there is no media area, the VIP area is in shambles and the wall around the stadium is low and the danger is that if it hosts big teams like Kaizer Chiefs and Orlando Pirates, lives could be lost."

Mnisi added: "We've tried to show the municipality the economic spin-offs of having a Premier division team in Tembisa and thought they would grab the opportunity. The truth is that we would love to stay here because this is our home but it all depends on the attitude of the municipality."

"Hopefully sanity prevails because there will be no PSL without sponsors, and this is the best league in Africa," Kaftel said.

Highlands issues ultimatum to Ekurhuleni Municipality: pay or we walk out of Tembisa

Tembisa-based Highlands Park have issued an ultimatum to the Ekurhuleni Municipality to provide financial support to the club or face the ...
Sport
2 years ago

Highlands Park on course for top 8

Finally, Zimbabwean international Tendai Ndoro has added to his goal tally at Highlands Park.
Sport
2 years ago
Next Article