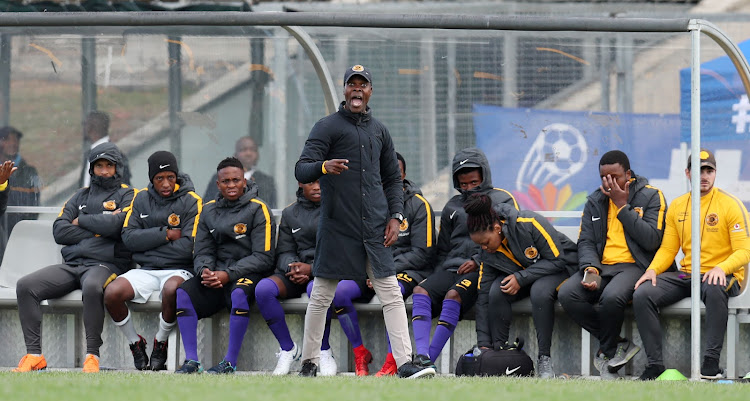 Arthur Zwane was a speedy winger during his time as a footballer, but he's taking it slow as a coach.

Nicknamed "10111" for his pace, Zwane is now coach of Kaizer Chiefs' Multichoice Diski Challenge (MDC) team, while also getting his coaching badges.

"It's a tough journey being a coach," Zwane told Sowetan after his side beat Golden Arrows 4-1 at King Zwelithini Stadium in Umlazi, KwaZulu Natal.

"Some of us thought it's going to be easy, because we played the game at the highest level and actually, that's not the case," he admitted.

Zwane, 45, is however, ready to embrace the challenge and taking it one step at a time.

Zwane has a CAF A licence and a Uefa B1 diploma.

"They actually said because I played at the highest level, I could go straight for a Uefa A licence, but I said to them I'm not in a hurry to be a first team coach," he asserted.

"I still want to help the young ones because that's where we are lacking as a nation. We are not developing players with confidence and arrogance." The one thing Zwane is not happy about is showboating. In one of Chiefs' past MDC games he lashed out at his players for showing off.

The crowd loves it and it was the same at King Zwelithini where Orlando Pirates winger Lehlohonolo Sepeng delighted the crowd in Bucs' 1-0 win over AmaZulu at the same venue on Friday.

Meanwhile, the sixth season of the MDC was launched in Durban at the weekend.