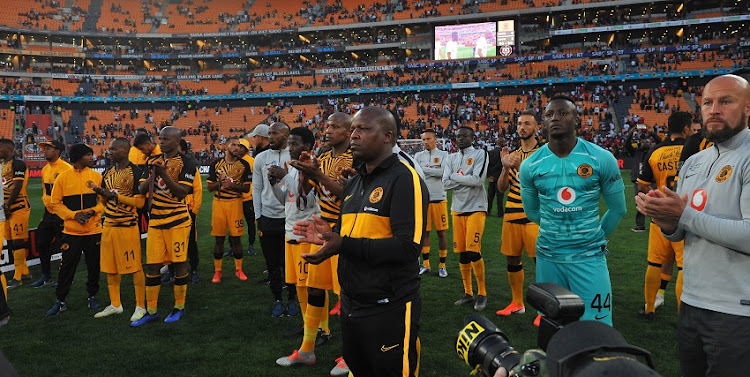 Pay-TV operator MultiChoice have apologised to Kaizer Chiefs after a tweet posted on DSTV's official Twitter account rubbed the club and fans up the wrong way.

The pay channel incurred the wrath of fans after referring to AmaKhosi as "boMabena" in a premiership promotional tweet and many of the club's supporters are so incensed that they are threatening to cancel their subscriptions.

Chiefs are also not amused and the club told SowetanLIVE that an investigation into the offending post is underway.

"Social media commentary can often be in jest and‚ in this instance‚ was never intended to be offensive‚" said MultiChoice in a response to questions from SowetanLIVE.

"Of course we apologise to anyone who may have been offended‚ especially Amakhosi supporters. However‚ the tweet should be read in the context of sports banter."

Mabena has become a popular phrase to describe a person who is constantly a disappointment.

It was coined after a video went viral on social media earlier this year showing an army instructor shouting disapproving comments at a man called Mabena.

Chiefs communication officer Vina Maphosa said they are still weighing its options after seeing the tweet.

Pirates & Sundowns are looking to start their PSL campaign off with a BANG 🔥. Whilst boMabena (Chiefs) know they need some serious work to do. Either way, don't miss out on this season's #PSL action. ⚽️⚽️⚽️

"I am saying the matter appeared after hours and I have seen it personally‚" he said.

"I can't say anything from where I am standing‚ I saw it overnight and I will report it to our office.

"I will hear what the club’s take is on the matter but I just observed it overnight and I can’t make a call on it."

Maphosa added that no action has been taken against DSTV as the matter is still being investigated by the club.

"It’s a matter that needs to be dissected internally and attended to accordingly‚" he said.

"And it's a matter of concern‚ but I want to hear from the club as to whether it necessitates some response or not.

"It is not something that I can formulate as my own personal reaction‚ it will need to be investigated thoroughly.

DStv found itself in hot water after taking a jab at Kaizer Chiefs on Twitter on July 29 2019. DStv tweeted in favour of Pirates and Sundowns while calling Chiefs ‘boMabena’. Fans of Kaizer Chiefs found the tweet insulting, calling DStv unprofessional. Some have gone as far as threatening to stop paying their subscription. VIDEO CORRECTION: “DStv MultiChoice”- DStv correction* Subscribe to MultimediaLIVE here: https://www.youtube.com/user/TimesLive

"Ja‚ so if the investigation necessitate pronouncement publicly‚ that will be done.

"But currently we are dealing with it‚ obviously based on what we're seeing or reading."