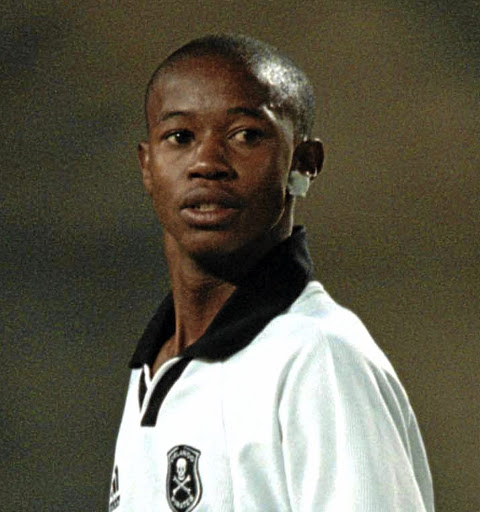 Joseph Makhanya has tipped his former club Orlando Pirates to beat sworn rivals Kaizer Chiefs in the quarterfinal of the Telkom Knockout at Moses Mabhida Stadium on Saturday.

Retired Orlando Pirates fan favourite Joseph "Dukuduku" Makhanya believes Bucs can be a hit if they can find a balance between attacking and defending.

Makhanya, who garnered more than 140 appearances for Pirates between 2000 and 2011, explained why he feels the Sea Robbers lack the right transitional equilibrium.

"Pirates have no crisis and there's no need to panic. I have been watching their games and what I picked up was that there's no balance between the attack and the defence," stated Makhanya. "Most of the offensive players don't track back. Defending must not only apply to [Happy] Jele or [Ntsikelelo] Nyauza [the centre-backs] and even them, they must help in attack to bring about that needed balance."

Joseph “Dukuduku” Makhanya has advised the Buccaneers to release more players to make room for their nine new signings.
Sport
3 years ago

Despite pin-pointing what he feels was Bucs' undoing this season, Dukuduku, 38, reiterated his support for Bucs interim mentor Rulani Mokwena, who's under pressure, with only three wins, three defeats and four draws to his name since taking over in August.

"Rulani is the perfect coach for Pirates... the guy has football brains. He's passionate and football mad. He must be given enough time to implement his philosophy," he said.

The ex-Bucs winger also tipped his former club to beat rivals Kaizer Chiefs in the quarterfinal of the Telkom Knockout at Moses Mabhida Stadium tomorrow (3pm).

"In the Soweto derby current form doesn't count, in fact the struggling team at that particular time usually have the upper hand. So Pirates will beat Chiefs. They know the importance of this game, if they can win, it'll be a new start," stated Dukuduku.

Orlando Pirates coach Rulani Mokwena says he has respect for Kaizer Chiefs counterpart Ernst Middendorp and is impressed with the structure the ...
Sport
2 years ago

Orlando Pirates arrested their slump and suspended the nagging suspicions of being potential relegation candidates by bagging three valuable points ...
Sport
2 years ago