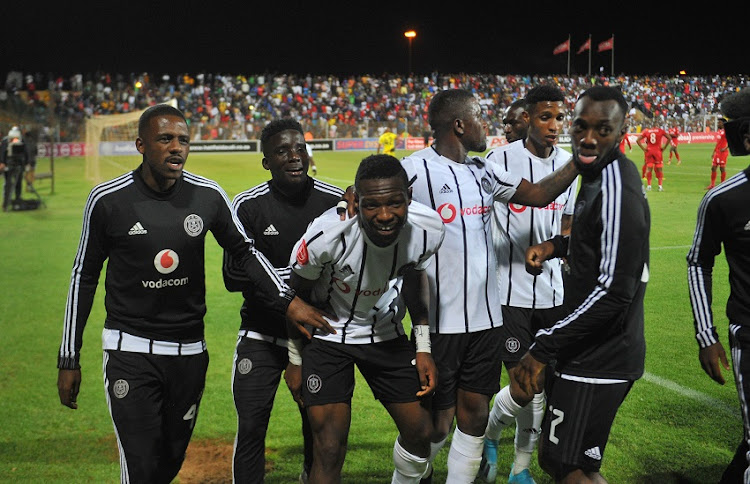 It was something of a smash and grab, and with question marks over offside for the winner, but Orlando Pirates would have been relieved at a 1-0 Absa Premiership win in Highlands Parks’ intimidating ground at Makhulong Stadium ahead of two looming Soweto derbies.

Highlands at Makhulong is generally a tough game for any team.

For Pirates, with two wins in nine games for caretaker-coach Rulani Mokwena since head boss Milutin Serdojevic left a hole in the ship and scarpered for Zamalek, and ahead of two Soweto derbies, this was an even trickier fixture.

And trickier still coming off a 1-0 league loss against lowly Stellenbosch FC in Cape Town.

Mokwena’s apparent natural tendency for tinkering, exacerbated by the defeat, and also by the need for resting some players – including star attacker Thembinkosi Lorch - ahead of Saturday’s Telkom Knockout match-up against Chiefs in Durban, saw the coach make five changes.

But Pirates, not overly convincing in the first half, plugged away, and utilised their player power and aura to gain just Mokwena’s third win, and at a crucial time for the 32-year-old coach.

It was gained with some controversy – TV replays showed Mabasa had collected the ball in an offside position.

If Pirates’ coach does not seem to quite know his first team right now, the team itself can only have so much idea about what is expected from them. Bucs were disjointed in the first half.

Justin Shonga did give glimpses of why he perhaps needs to be given an extended run. He is influential pulling the strings in attack when he does get time on the field. He lasted only an hour on Tuesday night, though.

The Zambian’s low free-kick early on took a deflection wide.

Paseka Mako is one of the few constants of performance for Bucs at the moment, from multiple positions. From his cross Vincent Pule managed a looping header onto the top netting.

At the end of the half, from the same combination, Pule got in ahead of right-back Ricardo Williams and headed a sitter over.

In-between those chances to Pirates Highlands were always going to cause some problems. Tendai Ndoro was out to impress against his old team.

The Zimbabwean hit a close-range header at Wayne Sandilands, then a low shot that forced Pirates’ keeper down for an alert diving save.

Pirates came out from the break on the front foot, pressing higher, as Linda Mntambo struck a volley comfortably into the arms of Sandilands.

With 10 minutes left Mntambo won the ball deep, stormed down the middle and put through Mabasa to run on and finish past Thela Ngobeni.