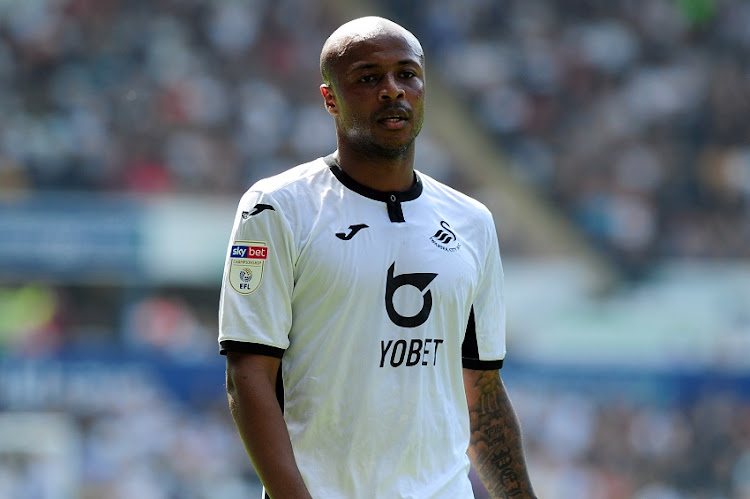 Andre Ayew of Swansea City during the Sky Bet Championship match between Swansea City and Birmingham City at the Liberty Stadium on August 25, 2019 in Swansea, Wales.
Image: Athena Pictures/Getty Images

The Ayew brothers and powerful midfielder Thomas Partey are the headline acts in the Ghana squad of 23 that coach Kwesi Appiah named on Wednesday for the upcoming matches against South Africa and Sao Tome e Principe in the Africa Cup of Nations qualifiers.

Dede Ayew will captain the side with younger brother Jordan at the head of the attack‚ while Atletico Madrid’s Partey will be at the heart of the midfield.

But after their disappointingly early exit at the Cup of Nations finals in Egypt‚ Appiah has swung a heavy axe into the squad and given the Black Stars a new look for their home match on November 14 against Bafana Bafana and then the trip to Sao Tome four days later.

Salisu scored in la Liga last weekend while Baba has been a regular for Real Mallorca since they won promotion.

The 25-year-old Antwi-Adjei is German-born but has agreed to play for the Black Stars.

Maritzburg United goalkeeper Richard Ofori is one of the survivors of the ream from the Cup of Nations tournament in Egypt‚ where Tunisia eliminated Ghana in the last 16 on post-match penalties.

Out go former Free State Stars centre back Jonathan Mensah but Harrison Afful‚ who also now plays in the US‚ is back after injury.

Ghana have not played since the Cup of Nations finals‚ missing opportunity in the last two international windows in September and October because of problems in their football association.