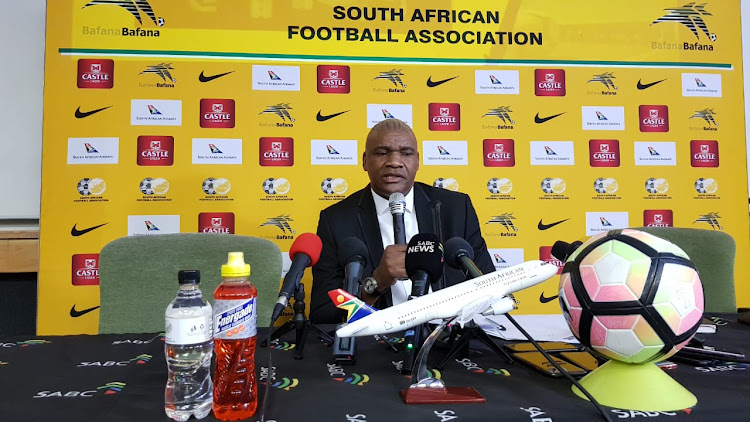 Bafana face Ghana away in Accra on Thursday (November 14) and then host Sudan at Orlando Stadium in Soweto on Sunday (November 17).

Given the compressed nature of the two matches and limited time for preparation between Bafana reporting for camp on Sunday (November 10) and playing Ghana away four days later‚ Ntseki said they did some of their preparation work in last month’s 2-1 Nelson Mandela Challenge win over Mali in Port Elizabeth.

“So we have decided to keep 90 percent of the team that played against Mali‚” Ntseki said when he announced the squad in Johannesburg on Tuesday morning.

South Africa are drawn in Group C of qualification programme for the 2021 Afcon finals in Cameroon.

São Tomé and Príncipe‚ who are ranked 190th in the world‚ are the minnows of the group where the top two teams will qualify for the tournament.

Other teams in the group‚ Ghana are ranked 51st while Sudan 128th and South Africa are currently ranked 72nd.

Bafana reached the quarterfinals of the 2019 Afcon finals in June and July under Ntseki’s predecessor Stuart Baxter where they shocked hosts Egypt in the last-16 round.

The heat has been taken up a notch on match officials in the Absa premiership in recent weeks with a succession of coaches using the media to voice ...
Sport
2 years ago
Next Article