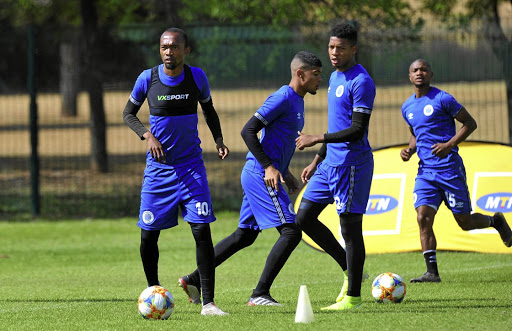 SuperSport United skipper Dean Furman admits that it will be difficult to break down the defensively astute Highlands Park, who are yet to concede in this year's MTN8.

United will take on Highlands in the cup final at the Orlando Stadium on Saturday (6pm). The Tshwane club will be looking to avoid back-to- back losses in the final of the R8m cup. They lost to Cape Town City in a penalty shootout last season.

It won't be easy, though, against the hard-running Lions of the North, whose defence is yet to be breached in the tournament so far.

"Highlands are in the final and rightfully so. It would be a complete lack of respect if we undermine them. They have a very effective way of playing and a tough defence, which we will have to see how to deal with," Furman said.

"They are dangerous and have some good players in the team. They are a fit team and will put up a fight."

In the first round Highlands edged Orlando Pirates 1-0 and in the semifinal against Polokwane City it was 0-0 on aggregate over two legs and they advanced via a penalty shootout.

Furman admits that the team cannot afford to lose out again in the cup they won in 2017.

"It's no use getting to finals, we want to win them. Of the last six finals we have played we have won three so we want to improve our win ratio.

"We don't need any more motivation than lifting that trophy at the end of the day. It was very disappointing to lose the final last year and we want to correct that," he said.

"It was disappointing how we lost of penalties. We want to put that right and give the coach his first trophy."

Both finalists go into the showdown high on confidence after winning their games at the weekend. United edged AmaZulu 1-0 while Highlands overcame the in-form Polokwane City 2-0.

But Highlands Park are no walkovers
Sport
1 year ago

Nyirenda to fight to death
Sport
1 year ago

As he also has a proven track record as a head coach, Highlands Park deputy mentor Allan Freese has reiterated there'll never be a scenario of two ...
Sport
1 year ago
Next Article