Yeye prefers the spotlight on new club, not himself 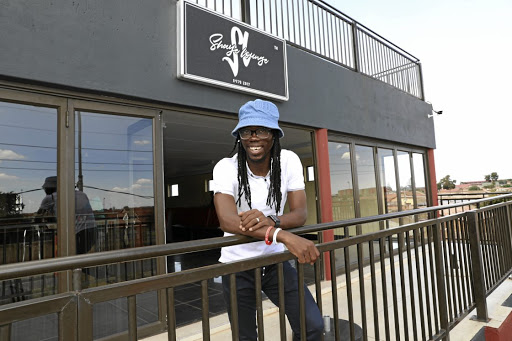 New Highlands Park signing Reneilwe Letsholonyane has no intentions to steal the club's limelight, cautioning people against over-hyping his move.

Having been training with the club for several weeks, the 37-year-old signed a one-year deal with Highlands yesterday.

The former Jomo Cosmos and Kaizer Chiefs maestro left SuperSport United at the end of the season.

He joins the Lions of the North at a time when the club are in good form, having just breezed into the MTN8 final. They will face his former side Matsatsantsa at Orlando Stadium on October 6.

"I just want to add value and contribute to the team's goal. I'd like people to give the team credit for what they've been doing than talking about my move,'' he said.

"I do not think I should be even talking about that [the MTN8 final]. I think the players who have been playing are the ones who should be giving interviews about the final. I cannot just come and make everything about me.''

The ever-modest "Yeye'' as
he is widely known, also shed some light on why it took weeks for him to put pen to paper at the Tembisa-based outfit.

"I was not in a rush to make a decision; it wasn't like I was going to die tomorrow. It was not about just signing . I had to develop a bond with the club when I was training with them,'' said Letsholonyane.

The midfielder said he will decided about his retirement only at the end of the season.