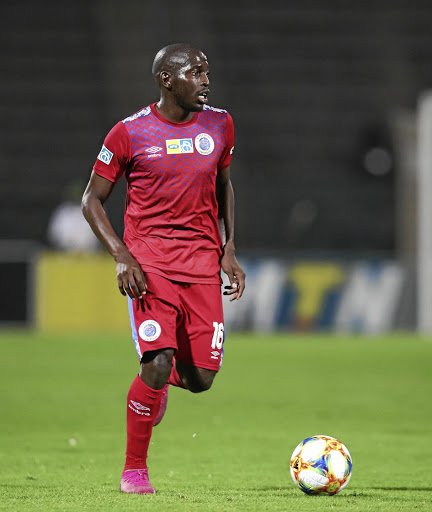 SuperSport United are relishing their shot at redemption in this year's MTN8 final.

Matsatsantsa a Pitori will be looking to reclaim the cup
after losing the final to Cape Town City last season. They are eyeing their second top eight title in three years
when they square off with Highlands Park at the Orlando Stadium on Saturday.

The Tshwane club have been galvanised by their performance this past Saturday in which they edged struggling AmaZulu 1-0 courtesy of a penalty by Aubrey Modiba in Atteridgeville, Pretoria.

Their coach Kaitano Tembo was a relieved man as his team will now go into the final with that winning feeling.

"It's a little bit of a relief
going into the final. It gives us time to prepare without pressure. We are going to play against a very good team who we will have to match in terms of work ethic," said Tembo.

"What's key is the performance. If we prepare well and go out to play our normal game, it gives us an opportunity to win the final."

United made easy work of Usuthu but were wasteful in front of goal. They should have scored more with a player like Kudakwashe Mahachi guilty of missing a few chances.

"It's a huge improvement from our previous game against Polokwane City in terms of creating chances.

"We should have scored more because we had many one on ones with the goalkeeper," said Tembo.

Fortunately for United, lethal striker Bradley Grobler will be back for the final after serving a suspension.