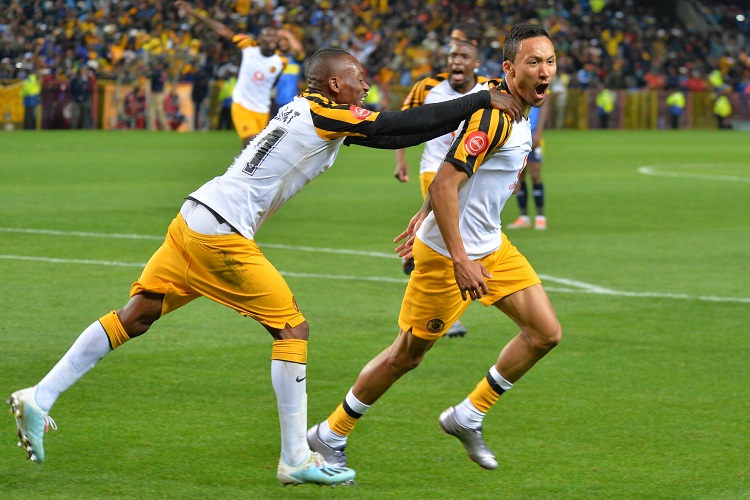 Kaizer Chiefs midfielder Kearyn Baccus has no plans to stay with Amakhosi for long.

With two assists and a goal after six matches, starting three and coming off the bench three times, it goes without saying that Baccus is one of the best Chiefs players so far.

As much as he has hit the ground running, Baccus doesn't imagine himself at Chiefs in the next three years. The lad, who was born in Durban but grew up in Australia, aims to use his Amakhosi stint as a stepping stone to greener pastures.

"My dad explained a lot to me before I came [to SA]. He was a bit cautious and telling me that it's a lot different to Australia. But I wanted a change and I think it's going to be good for a season or two and then hopefully I can move onto bigger and better things," Baccus said.

"So far so good, I am happy I am here. happy that I am helping the team a little bit and I want to win something this season and I am grateful. My dad grew up in Durban, played in Durban.

Kaizer Chiefs midfielder Kearyn Baccus has left the door open to representing South Africa in the future.
Sport
2 years ago

"He said the football is a lot different from what I am going to be getting in Australia."

The 28-year-old midfielder joined Chiefs from Australian outfit Melbourne City before the start of the season. Baccus, who penned a three-year deal, has vowed his early blistering form is just a start of greater things.

"I think I have still got a lot to give. It has taken me a while to get used to the football over here, it's a lot different from Australia, but so far so good,'' noted the Amakhosi man."

Having already represented Australia at junior level, Baccus is not sure if he'd like to play for Bafana Bafana in the future, however, he's not hiding his love for the Socceroos.

"I do not mind [playing for Bafana]. My first main goal is to play well for Chiefs and then we will see what happens after that," said Baccus.

"My heart is there with Australia to be honest, but if SA come knocking I guess I'll have to consider it."

New Kaizer Chiefs midfielder Kearyn Baccus had his eye set on donning the No15 jersey when he joined the club in July and was disappointed when he ...
Sport
2 years ago

Kaizer Chiefs’ promising start has impressed the club’s former star Jabu Mahlangu‚ but he remains convinced that Amakhosi will not win the Absa ...
Sport
2 years ago
Next Article