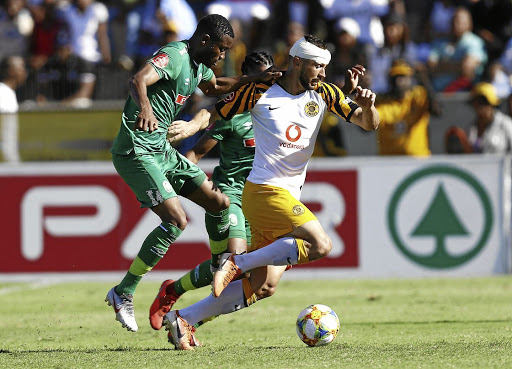 The return of Itumeleng Khune, coupled with the end of the goal drought for Khama Billiat and Leonardo Castro, has Kaizer Chiefs dreaming after their 2-0 win over AmaZulu at the King Zwelethini Stadium yesterday.

With the result, Amakhosi have maintained their blistering start to the season and have caught up with fellow league leaders Polokwane City on 13 points each.

A further relief for the team is that Billiat and Castro have snapped their dry patch after they last scored in March.

Khune, on the other hand, made a triumphant return after 10 months on the sidelines with a shoulder injury.

The victory was not without controversy, though, as AmaZulu had two goals disallowed for offside in the second half.

The KZN club's defeat meant that they failed to climb off the bottom of the standings where they only have two points after six games.

Usuthu will take some positives from the performance, which was the first for new coach Jozef Vukusic.

The home side held nothing back and took the game to their in-form opponents. AmaZulu are already showing the characteristics of their new coach's philosophy, which is to play offensively.

AmaZulu were banking on the coach's record against Chiefs from his time with Polokwane City last season, where he had a draw and a win. But it was not to be as the Glamour Boys snatched all three points.

Castro broke the deadlock in the 84th minute after pouncing on a rebound from a Lebogang Manyama free-kick.

Later in injury time, Billiat wrapped up the win with a goal after breaking free of the defence.

Man of the match Kearyn Baccus pulled two defenders toward him and delivered a pass to an unmarked Billiat who found the net.

Chiefs, though, will be hoping that the win didn't come at too much of a cost after Samir Nurkovic, Reeve Frosler and Siphosakhe Ntiya-Ntiya had to be substituted during the match due to injuries.