Is Eric Mathoho the missing piece in the Kaizer Chiefs puzzle? 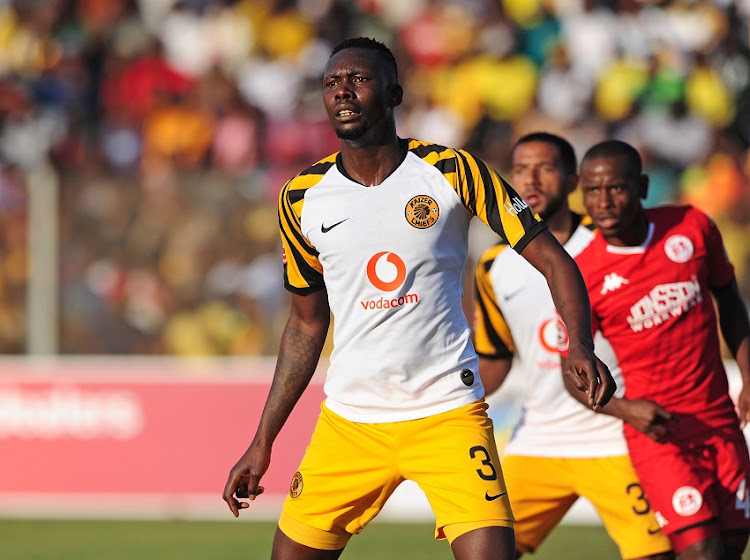 Kaizer Chiefs believe that a return to top form of former Bafana Bafana centreback stalwart Eric Mathoho could be a big part of the puzzle in the team going from last season’s also-rans to contenders again in 2019-20.

Amakhosi meet Black Leopards in a “home” Absa Premiership game at Moses Mabhida Stadium in Durban on Saturday (kickoff 8.15pm) buoyed by their opening 3-2 win against Highlands Park at Makhulong Stadium on Sunday.

Mathoho‚ once an ever-present in Chiefs and Bafana’s backlines‚ and key player in Amakhosi's league and cup doubles in 2012-13 and 2014-15‚ had almost become the forgotten man of Chiefs‚ so much had his form dipped when he did get a game.

He played just 15 games in 2017-18 and a miserly four last campaign‚ where he also suffered an ankle injury that kept the defender out for the second half of the season.

Chiefs coach Ernst Middendorp has talked of his many players returning from injury‚ including Lebogang Manyama and Itumeleng Khune‚ bolstered by signings‚ as key to forming a core that can make Amakhosi far more competitive than their poor ninth place in the PSL last season.

The coach also wants to get Mathoho back to form.

Sceptics of this message might have come round to some extent viewing Amakhosi’s opening‚ fighting victory against Highlands at their Tembisa stronghold‚ where Manyama scored a brace.

It might have taken a wicked deflection‚ but more important seemed the centreback coming through a solid 90 minutes‚ even with teething problems in Middendorp’s back four.

“It is important. ‘Tower’ [Mathoho] has been working hard‚” said Lorenzo Gordinho‚ Mathoho’s fellow centreback who had to fill in at left-back on Sunday.

“He came back from injury‚ and he worked really hard doing that.

“We’ve been playing friendlies in the off-season. So everyone is ready.

“And I’m happy for Eric to play a full 90 minutes. It’s been a while since he’s played and influenced a game the way he did over the weekend.”

Ramahlwe Mphahlele‚ who sat on the bench as Reeve Frosler impressed at right-back on Sunday‚ said Manyama and Mathoho will take time to reach peak form.

“It’s not easy to come back and give your best in your first game‚” Mphahlele said.

“I’m happy for Lebo‚ I’m happy for Eric also. Because we know what he is capable of doing. And I just hope he keeps on doing that and playing good games like he did against Highlands Park.

“At the moment we need every positive aspect to help the team. So these guys are very important.”

New Serbian striker Samir Nurkovic showed himself a fighter and a thinker in a promising first performance against Highlands. SA-born Australian Kearyn Baccus struggled in his positioning in his first game in the PSL‚ but also showed potential.

It was a promising start‚ but can Chiefs challenge for trophies‚ or even the league?

“Ja‚ we’re going to be up there‚” Gordinho said.

A second win in succession against Leopards would continue to boost the confidence for Amakhosi significantly.