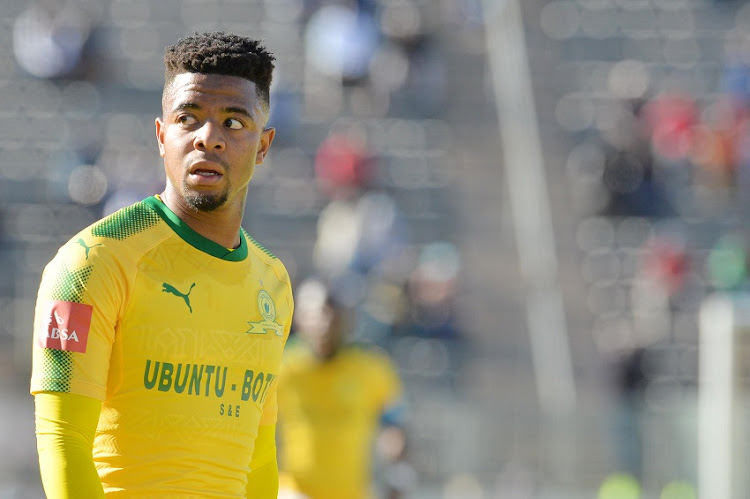 Former Bafana Bafana forward George Lebese has penned a heartfelt farewell letter to Mamelodi Sundowns fans after he was released by the club where he spent a frustrating one and half years.

Lebese joined Sundowns from Chiefs amid much fanfare at the beginning of 2017/18 season‚ but spent the last six months of last season on loan at Pretoria neighbours SuperSport United.

The former Kaizer Chiefs star midfielder‚ who was released from his contract on the last day of the 2019/20 pre-season transfer window on Monday‚ said the decision to ask Downs’ management for his clearance was not an easy one.

Writing on his personal Instagram account on Tuesday‚ Lebese thanked the club’s president Patrice Motsepe and everyone else involved in the club.

“First of all‚ I’d like to take this moment to say thank you to everybody at Mamelodi Sundowns‚ from the President‚ to the board‚ to the management‚ the coach and technical team‚ and of course my teammates‚ for the opportunity and experience that was granted to me when I became part of that team‚” Lebese said.

The Mamelodi-born star said joining Sundowns was a highlight of his career‚ and described his move to The Brazilians as a dream come true to his family.

“Joining Sundowns I did was something that made my family’s dreams come true in terms of representing my hometown team. It was chapter of my career where I learned‚ grew and acquired immense mental development qualities for myself during the experience. I will forever be grateful and take these improved qualities with me everywhere that I go.”

“The decision to ask management for my clearance to leave the team was not an easy one‚ but it was one that I severely thought through after assessing all of the risks and possible outcomes of doing so.

“With that in mind‚ I want to thank Sundowns for the countless meetings that we had in order to get to this final decision of them finally accepting my plea to get my clearance. “Now I have to see what opportunities lie ahead of me as far as my football career is concerned‚ and I am well aware of how difficult it can be for a club to release a player that they have invested in from a business perspective.

“Sometimes things don’t work out in football‚ and sadly my time at Chloorkop was just one of those things‚ I don’t harbour any ill-feeling about it.”

Lebese‚ in his loan to SuperSport‚ fought for a position with the likes of hard working midfielder like Reneilwe Letsholonyane‚ Dean Furman‚ Aubrey Modiba‚ Teboho Mokoena‚ Thabo Mnyamane and Philani Ntshangase‚ and struggled to break into United’s starting line-up.

“Thank you once more – a special shoutout goes to the @sundownsfc faithful – and I wish the team nothing but success in this new season as I look forward to seeing what will be the next step for my own career‚” Lebese wrote.