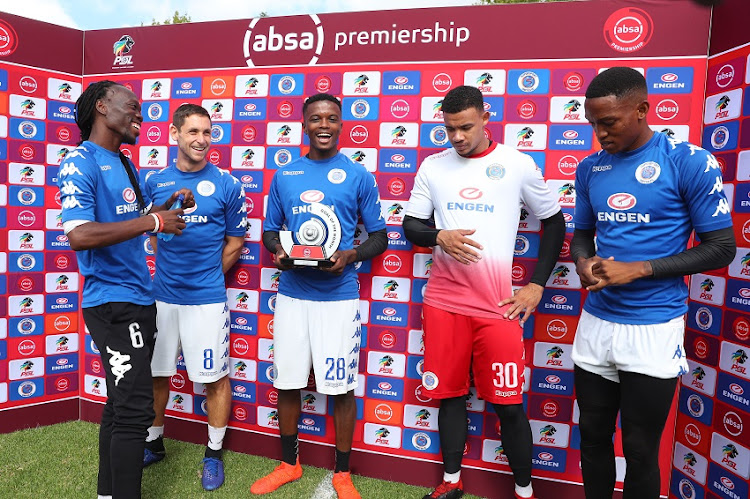 United begin their premiership campaign with a mouthwatering showdown against Tshwane rivals Mamelodi Sundowns at Lucas Moripe Stadium in Atteridgeville on Saturday.

The 37-year-old Letsholonyane is currently without a club after leaving United at the end of last season and Furman said this is the perfect opportunity for the 22-year-old Mokoena to take centre stage.

“Tebza (Mokoena) has done very well for us over the last few seasons but he must emulate Yeye (Letsholonyane)‚ and we believe that he can take his game to the next level‚” said Furman.

Mokoena‚ who is the PSL Young Player of the Season and the Players’ Player of the Year for United‚ made 28 appearances in the league and one of the three goals he scored was nominated for the goal of the season.

He also played three matches in the MTN8‚ two in the Telkom Knockout one in the Nedbank Cup and played three for Bafana against Paraguay‚ Seychelles and Zambia.

Furman has asked 21-year-old midfielder Sipho Mbule‚ who has been on the fringes of the first team since he was promoted from the reserves two years ago‚ to also seize the opportunity.

“Yeye will no longer be sharing his experience and leadership skills on the field‚ so it is also up to Sipho Mbule also to lift his game‚" he said.

"It is not good enough to be happy to sit on the bench or play in the Diski Challenge‚ he must push for a place in first team.

"In this country we talk about young players at the age of 25 but if you look abroad‚ players are making their debuts in big leagues at 18 or 19 years old.

“For some of these younger players‚ it is time they came out of their shell and help the team because Yeye and some of the senior players like Morgan Gould are not going to be there in the coming season.

"They must also force their way into Bafana and establish themselves as international players.”

Furman described Letsholonyane as a true professional who helped younger players on and off the field.

“Yeye imparted a lot of knowledge to the younger players because every day he was talking to them‚" he said.

"Even when he was not talking much‚ you just had to look at the level of his professionalism and that explains why he has managed to play at the highest level at the age of 36 or 37.

"I think the young boys should have learned a lot from him and now it is time for them to step it up.”