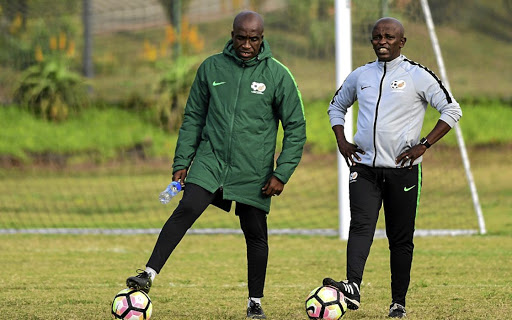 The return leg will be played on Sunday at Dobsonville Stadium at 3pm. Entry into the stadium is free of charge.

The Chan team responded by walloping a full-strength Cosmos side 3-0, something that left Notoane and his assistant Kwanele Kopo smiling from ear-to-ear.

Bafana lost 3-2 in the first leg to Lesotho in Maseru last Sunday, but Notoane has always expressed confidence that his side will turn the tide around.

Notoane and his assistant Kopo have also called up unattached veteran midfielder Reneilwe "Yeye" Letsholonyane to guide the squad made up of mostly uncapped youngsters.

Notoane said he will see if he would utilise the experience of Yeye or use him to guide the youngsters outside the playing field.

The squad showed an appetite for goals against Cosmos, and in most instances ran the Jomo Sono side ragged under hot Soweto conditions.

The team was scheduled to continue with its training yesterday with two tough training sessions - one in the morning and the other in the afternoon. - Safa.net

Junior Bafana to wait longer for ticket to U23 champs

Final qualifiers will kick off in September
Sport
2 years ago

Lehlohonolo Fothoane scored a late goal as Lesotho inflicted a 3-2 defeat on depleted South Africa in the first leg of their African Nations ...
Sport
2 years ago
Next Article