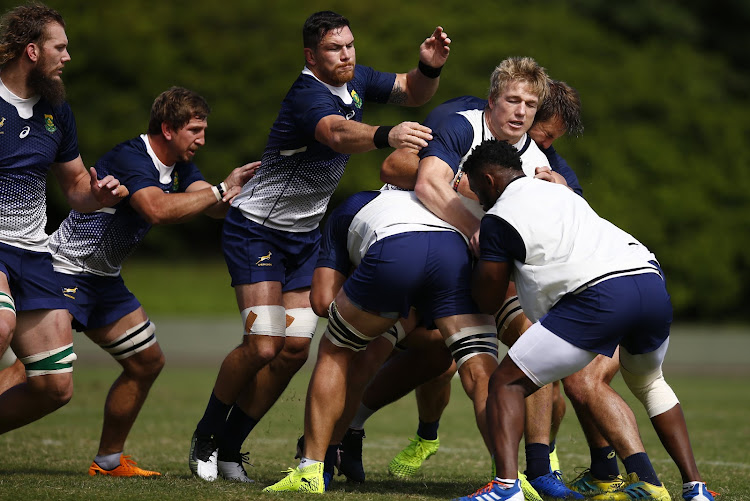 Springboks players during a training session in Japan on September 26 2019.
Image: Springboks/Twitter

Namibia may be the nearest blip on the Springboks’ radar but while Ireland are some distance away‚ they are the brightest.

In anticipation of their likely Rugby World Cup (RWC) quarterfinal clash‚ the Irish are already taking a keen interest on what the South African coaching staff and players have to say.

They are particularly interested to find out what Springbok coach Rassie Erasmus and assistant Jacques Nienaber learnt in their time at Munster and indeed what intelligence Irish defence analyst Felix Jones brought with him to the Bok set-up.

The Springbok team announcement for the match against Namibia drifted somewhat off script when Erasmus was probed about his time at Munster and indeed what he thought of Ireland’s performance in their RWC opening match against Scotland.

“I was very impressed with Ireland‚” said Erasmus.

“I think apart from New Zealand‚ Ireland was the only other team that put a full 80 minutes out there with a constructive‚ well planned‚ decisive and clinical rugby‚ they were physical and tactical. 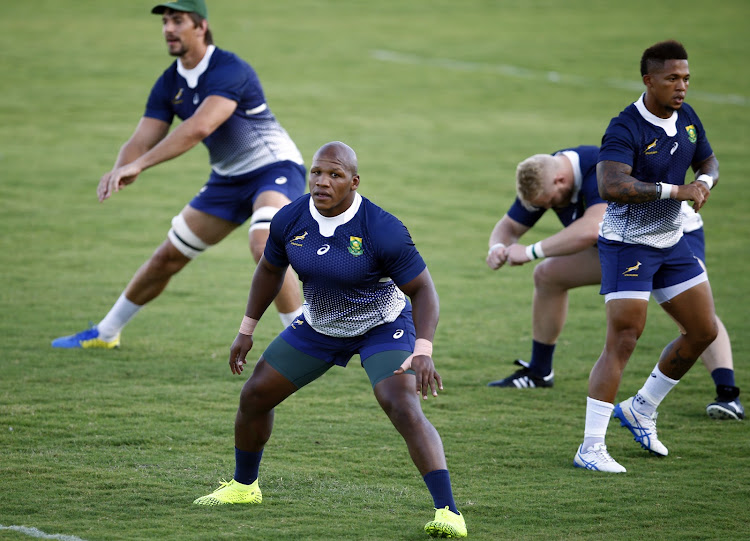 "They put good rugby out there‚ the same with New Zealand.

"That will be a really tough opponent and it looks like we’ll have to play them.

What the Irish perhaps did not want to hear was assistant coach Nienaber’s assertion that playing the All Blacks in the pool stages would have steeled the Boks for the demands of a quarterfinal against Ireland.

They are hard baked in the furnace of combat against New Zealand.

“I told Rassie you can learn a lot from playing an almost semifinal in your pool‚” said Nienaber who was Erasmus’ trusty lieutenant at Munster.

“I know it sounds like a cliché to say you’ve learnt in defeat‚ but we did. 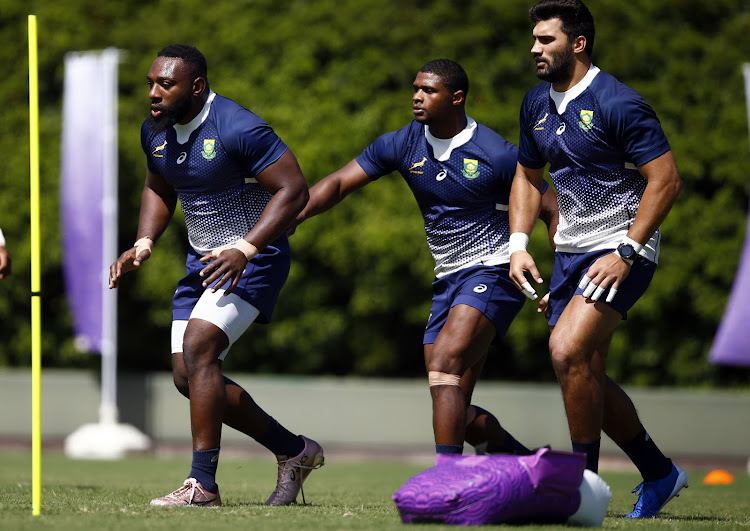 "For us it was great in terms of getting challenged in all departments‚ mentally‚ tactically‚ physically‚ the speed of the game‚ the build-up during the week‚ the enormity of the game.

"You know when you make two mistakes against the All Blacks it is 14 points. We made three consecutively and it was 17 points.

“It is nice to play a game like that were there is so much pressure. You make a mistake‚ they punish you‚” said Nienaber.

It is that kind of unremitting pressure that has helped Ireland ascend to top of the world rankings.

They may have the game and indeed the staff to go deep in this RWC but they have a nagging feeling about the Boks.

When Jones joined the Bok ranks they were less than enamoured. Erasmus explained why he got Jones to replace Swys de Bruin. 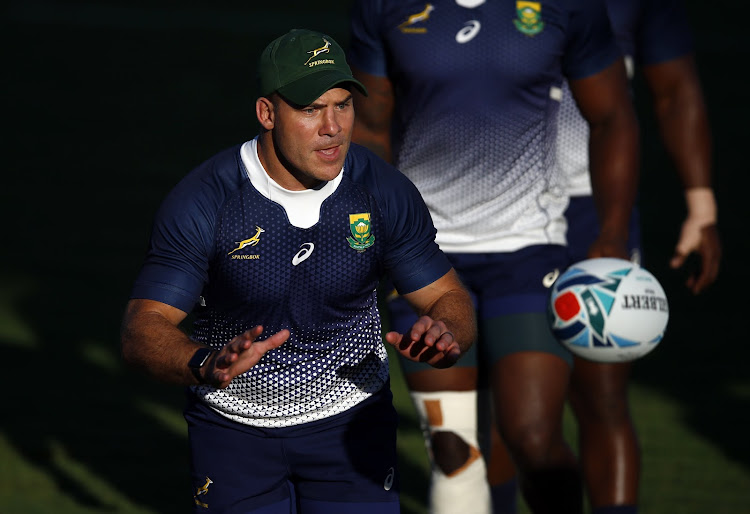 Schalk Brits will start with the No.8 on his jersey and captain the team as regular captain Siya Kolisi is expected to come off the bench against Namibia.
Image: Springboks/Twitter

“We couldn’t change our attack philosophy. The players wanted someone in who could help us analyse the opposition’s defensive structures.

“We don’t really need it for southern hemisphere teams who we play on a regular basis. Knowing that we’ll play Scotland or Ireland‚ or further down England it was good to get Felix in. I spent two years with him at Munster.

“The analysis he does on individual teams and defensive structures is really phenomenal.

“Small little things that helps individuals get better. That is a culture we are trying to get back into the South African game.

“I also know his work ethic. I didn’t have to convince him to think the way we think.

"He is also a friend of mine. He is only two‚ three years older than some of the players. He is a nice guy to have around. We’ll tap into his brain.”