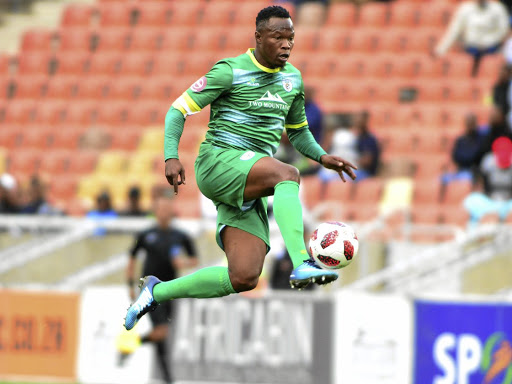 Letladi Madubanya of Baroka has confirmed that he left the club because of lack of game time. Philip Maeta/ Gallo Images)

Letladi Madubanya has confirmed his departure from Limpopo club Baroka.

Madubanya, 35, told Sowetan yesterday he took the decision to leave because he was not getting much game time.

"I wasn't active. I called the chairman [Khurishi Mphahlele], sat down with him and explained my situation," Madubanya said.

"We came to an agreement [to part ways]. Baroka is a good club but I've decided to work somewhere else."

Madubanya played just 11 games in the past season for Bakgaga, whom he joined two years ago.

The former Platinum Stars midfielder feels he still has a contribution to make in the local game and that's the reason he opted to leave.

"I could stay and pick up a pay cheque. [but] I still want to play," he added.

The Alexandra-born, northern Johannesburg, footballer is now back home and is in search of another club to try to prolong his career.

He's been around the block for some time, having also played for SuperSport United, Bloemfontein Celtic and Bidvest Wits, among others.

Meanwhile, another veteran midfielder, Reneilwe Letsholonyane, 37, is trying his luck at the Tembisa-based side Highlands Park.