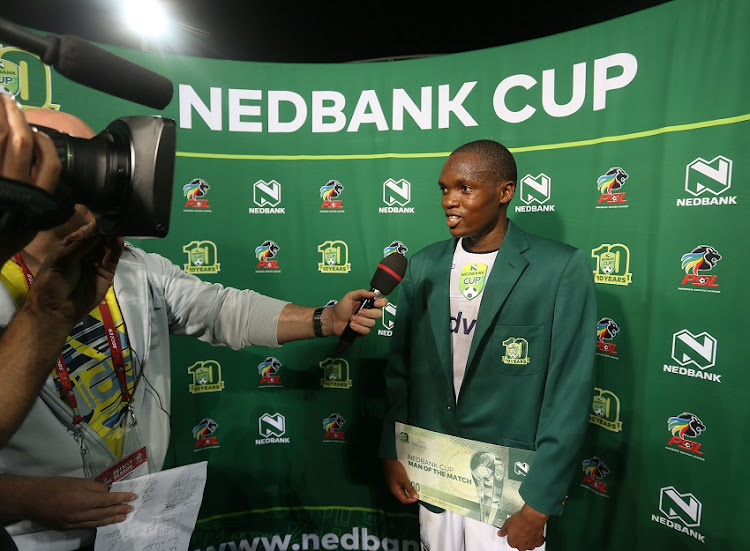 Mogakolodi Ngele of Wits receives the man of the match award during the Nedbank Cup, Last 32 match between Cape Town All Stars and Bidvest Wits at Athlone Stadium on March 15, 2017 in Cape Town, South Africa.
Image: Carl Fourie/Gallo Images

Black Leopards are hoping that Mogakolodi Ngele is injury-free when he returns from international duty this week and they finally get to play him when they meet Baroka FC in the Limpopo derby at the weekend.

The Botswana international did not play a single Premier Soccer League match last season as he remained stuck in limbo at Mamelodi Sundowns. He got just a brief run for Leopards in their first game of the new season.

Ngele picked up a knock in training soon after featuring for Leopards as a late substitute in their 1-0 loss to Polokwane City in Thohoyandou on August 4.

He did not feature in Lidoda Duvha’s three subsequent matches against Kaizer Chiefs‚ Highlands Park and Maritzburg United.

But the 28-year-old midfielder started for Botswana on Saturday when they played at home in Francistown against Malawi in the first leg of their World Cup first round qualifiers.

He is expected to be in the side again on Tuesday when the two sides meet in their return game in Blantyre.

“We hope that we will return without any injury‚” said Leopards general manager Tshifhiwa Thidiela.

Ngele made his name at Platinum Stars where he was the hero of their Telkom Knockout victory in the 2013 final against Orlando Pirates.