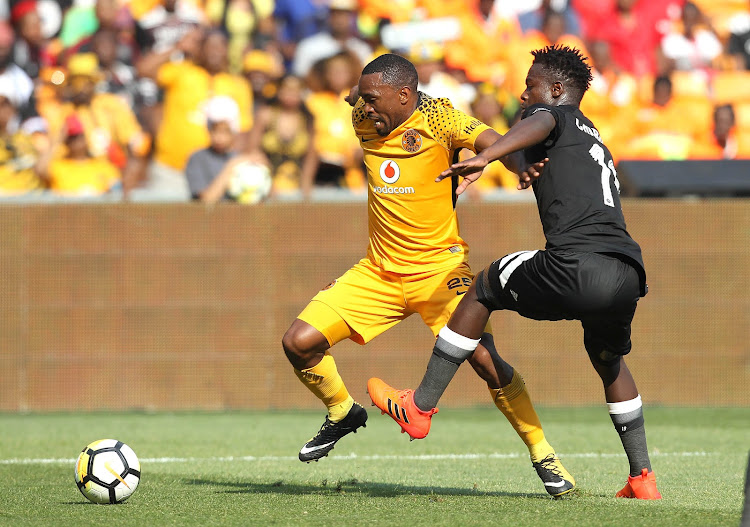 Local football fans will be able to watch the Soweto Derby between Orlando Pirates and Kaizer Chiefs on SABC after a deal was struck between the broadcaster and SuperSport.
Image: Simphiwe Nkwali/Sunday Times

The SABC bought the rights to show Absa Premiership matches for R72m a season over five years.

Insiders said that the public broadcaster was happy with the R72m-per-season deal it struck with SuperSport for the broadcast rights after it declined a R280m-per-year proposal that it said was not commercially viable. In the more expensive deal, the SABC would have made annual revenue of just R47m.

Premiership matches were not broadcast on the public broadcaster in the opening weeks of the season, but the impasse was resolved late last week after intervention from sports minister Nathi Mthethwa. Domestic football returned to SABC television and radio last week, to the relief of millions of South Africans who do not have access to pay-TV.

The government is demanding a stringent set of conditions be met before it will release money to the financially struggling SABC - even as the ...
News
2 years ago

SABC declined to reveal the financial details around the their deal with SuperSport when approached for comment, insisting that it was a confidential agreement.

“The SABC would like to reiterate that it has reached a commercially viable deal that is in best interest of the organisation’s financial health as well as the interest of the public.

"We are, however, not at liberty to publicly discuss the details of the agreement as this is confidential between the parties,” read their statement.

According to the deal, the SABC will broadcast 46 premiership matches during the season. This includes the popular Soweto derby games between Kaizer Chiefs and Orlando Pirates.

“With regards to the television broadcast of matches, the agreement will allow the SABC to broadcast 46 PSL matches equating to two matches each week. It will include all PSL semifinals, finals and all derbies," the SABC statement read.

"In addition, the agreement will allow the SABC to broadcast an additional 20 matches which are the six National First Division (NFD) play- off matches, semifinals and finals of the Telkom TKO, MTN8 and the Nedbank Cup.

“With radio, the SABC will broadcast 168 matches on all its African language stations.

"The SABC will not incur a loss with the current agreement reached as it is a commercially viable agreement," it continued.