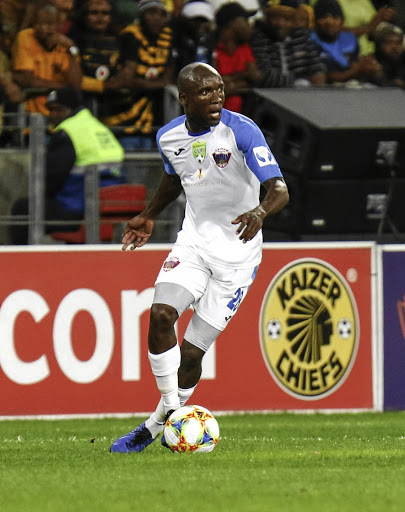 Zambian international Donashano Malama says he will be one of the players to watch in the 2019/2020 PSL season.

Malama, 27, has joined Limpopo side Black Leopards after a brief stint at Chippa United. The midfielder arrived at the Chilli Boys halfway into last season and managed seven appearances in all competitions.

Malama confirmed that he's on a one-year deal with Lidoda Duvha and for the next 10 months of PSL action, he's aiming to be one of the standout performers.

"I'm an international player and I have to work extra hard for Leopards. The chairman [David Thidiela] has shown faith in me, so I really have to work hard," Malama told Sowetan yesterday.

"I was at Chippa from the middle of the season, but now it's a new beginning for me," he said.

"It's better now because I'm starting at the beginning of the season. it's a good platform for me in a sense that I can show the people here what I can do. They didn't see much when I was at Chippa, because I came in the middle of the season like I said, but I think people are going to see a lot from me this season," he vowed.

Malama's last game for Chippa was the 1-0 win over Kaizer Chiefs, when he played the full 90 minutes.

He could make his Leopards debut against the same Chiefs when the two sides clash at Moses Mabhida Stadium on Saturday (8.15pm).