Chiefs have a brand new attitude 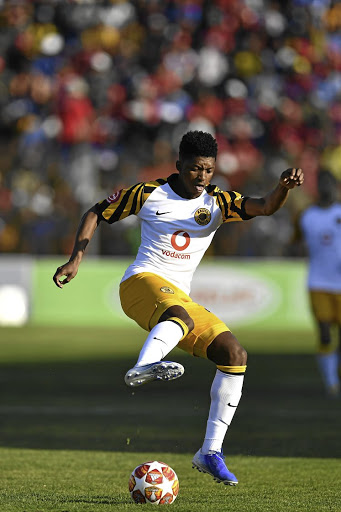 If Kaizer Chiefs' 3-2 win over Highlands Park last week is anything to go by, Amakhosi are determined to fight until the very last minute this season.

It's without a doubt that last season Chiefs would have struggled to orchestrate the fighting spirit they delivered against Highlands.

Amakhosi attacker Dumisani Zuma, who came off the bench in the second half to influence the match against the Lions of the North, has credited their new-found rejuvenation to coach Ernst Middendorp's teachings.

"The coach [Middendorp] always emphasises that we should be more aggressive. I think everything starts from that. It's the type of mentality we want to keep the entire season," said the soft-spoken
Zuma at Naturena yesterday.

"Our plan for the season is to control the game all the time, attack more and be decisive especially on one-on-one situations. Our work rate as a team needs to be very high, always," he said.

Amakhosi are gearing up for their second league encounter of the season, facing Black Leopards at Durban's Moses Mabhida Stadium on Saturday (8.15pm).

Kaizer Chiefs might be on a quest to reclaim their former glory but Jabu Mahlangu is not convinced and has boldly predicted that his erstwhile side ...
Sport
2 years ago

They shockingly lost the Nedbank Cup final 1-0 to second-tier newbies TS Galaxy in May.

Zuma, who hails from Pietermaritzburg in KwaZulu-Natal, hopes the Amakhosi faithful in Durban will rally behind the team, underlining the importance of winning their opener against Highlands in Tembisa last week.

"I hope the fans will come in numbers in Durban. It was important to win the first game, now the spirit is very high," noted the 24-year-old, who previously played for Bloemfontein Celtic.

The promising left-back was red-carded in Ajax's last match of last season against Mbombela United.

Against Highlands, Lorenzo Gordinho played as a makeshift left-back. But, by the look of things, Siphosakhe Ntiya-Ntiya will return to this position against Lidoda Duvha, having been suspended in the first match.