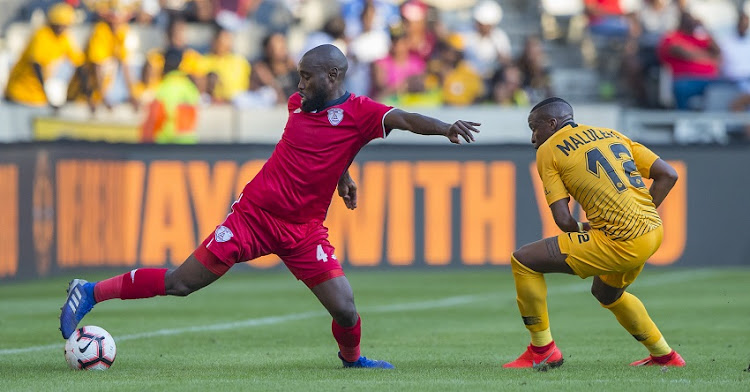 When Free State Stars were relegated at the end of last season in May‚ talented midfielder Makhehleni Makhaula became a target of most top-flight clubs.

After playing 29 matches in all competitions for Ea Lla Koto and starring in their Nedbank Cup campaign as Stars lifted the trophy in May last year‚ the club’s first cup in 24 years‚ it was unthinkable that Makhaula would be playing his football in the lower tier.

After being linked with a move to one of the top Gauteng clubs‚ Makhaula revealed that he “almost” joined Chippa United.

But Tembisa-based Highlands Park hijacked the move by tabling a better offer than the Port Elizabeth-based club.

Makhaula said he had a meeting with Chippa owner-chairman Siviwe “Chippa” Mpengesi and admitted that though he has always admired the way Highlands play‚ he did not expect that he would join Owen da Gama’s team.

“It also took me by surprise to be honest because I almost signed with Chippa United but Highlands Park came with a better offer‚” said the 29-year-old hard-tackling midfielder.

“I was close to joining Chippa.

"I did have a meeting with Chippa chairman Siviwe Mpengesi but it was just talks which led to nothing‚” said Makhaula.

The Randfontein-born star said the move back to Gauteng where his family is‚ made more sense for him.

“The package from Chippa was good but it is just that the Highlands one was better and I am not too sure what happened between the two clubs.

“For me it is a big challenge because I am at a new club and I am happy to be here.

“I am from Joburg and I think Highlands Park as a Gauteng-based club made more sense for me because I’ve been away from home‚” said Makhehleni.