'Chippa United will stay in the PSL' - Club's midfielder Malama 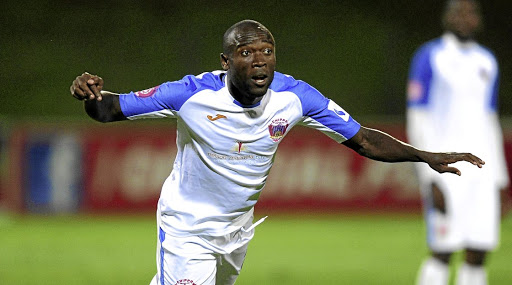 If you take one look at Chippa United's remaining fixtures, you would immediately wonder if they are going to pick up any points from their remaining five matches.

The Chilli Boys got a morale-boosting win by beating AmaZulu 1-0 at King Zwelithini Stadium at the weekend. Andile Mbenyane scored the all-important goal.

Chippa, however, have arguably the toughest remaining fixtures to stave off relegation.

It's a tough challenge for the Port Elizabeth-based side, but the club's midfield strongman Donashano Malama, the Zambian international, insisted in an interview with Sowetan yesterday that they have the quality to retain their Absa Premiership status.

"Our situation doesn't echo the quality we have and it's unfortunate that we find ourselves where we are," Malama said.

The Premier Soccer League (PSL) have confirmed the dates and venues of the Nedbank Cup semifinals‚ with Kaizer Chiefs scheduled to meet Chippa United ...
Sport
2 years ago

If Chippa are to continue winning, it's players of the calibre of Malama who should step up and now that he's finally in the Premier Soccer League, he aims to make a lasting impression in the games remaining. He's delighted to work alongside head coach Clinton Larsen.

"Ever since coach Clinton [Larsen] joined us, I think we've only lost twice, so that also gives us the motivation," he continued.

"It feels great for me to be playing in the PSL. Every player would love to play in the PSL, so it's amazing to be here," he said.

In the past, there were reports of the now 27-year-old possibly joining one of the PSL teams, but despite his undoubted qualities, it took a few years for him to make his way to SA. He joined Chippa after a stint in Morocco, where he wore the colours of Olympique Khouribga.

"Everything happens according to God's time and His timing is always the best.

"I'm here now and I'll help Chippa United as much as I can," Malama added.