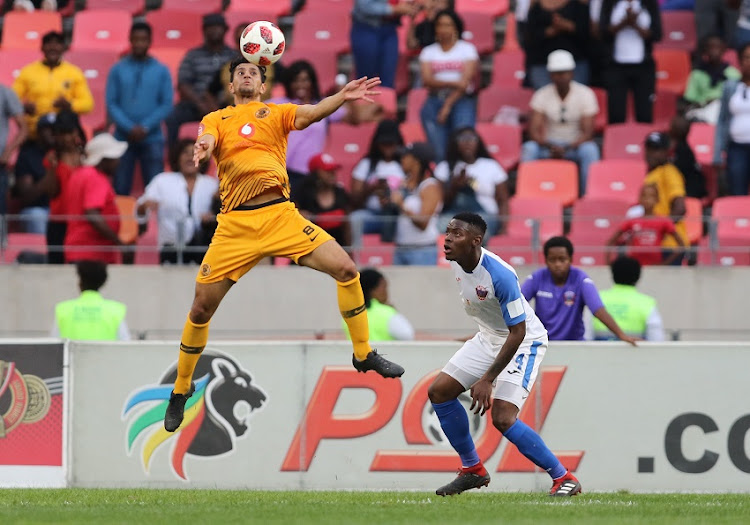 Colombian striker Leonardo Castro has bounced back into favour at Kaizer Chiefs but his stay at Naturena is set to come at a cost to Madagascar midfielder Andriamirado Andriarimanana after the South American claimed one of the club's five foreign player spots.

South African clubs are restricted to five contracted foreign players at any one time and given that Chiefs have six on their books - Castro‚ Andriarimanana‚ Zambian striker Lazalous Kambole‚ Ghanaian midfielder James Kotei‚ Serbian striker Samir Nurkovic and Nigerian goalkeeper Daniel Akpeyi - the Madagascar player faces a loan spell away from the south of Johannesburg.

Andriarimanana‚ who is also known as Dax‚ has already lost his Number 6 shirt and it has been handed to newcomer Kearan Baccus‚ who was born in Durban but raised in Australia.

Middendorp revealed that he has been impressed with Castro during the club's pre-season camp and the Colombian is off the transfer list.

“The registration is still ongoing‚ and as I said‚ Leonardo (Castro) is coming back into the place and in the interest of our side.

“He could be a good pairing with some other players from what we’ve seen so far (in the pre-season training).”

The German mentor said they are yet to make a final decision on their foreign contingent with the window for signing new players only closing at the end of next month.

“At the moment the decision must be done at a certain time but right now we don’t have to decide‚" he said.

“I have six (foreign) players of course‚ and I know and we have to have (reduce the number) to five.”

Castro has a year remaining on his contract with the club and was put on the transfer list a few weeks ago.

But Middendorp decided to take him off the exit list after his combination with Chiefs' new strikers impressed during pre-season.

“There was a stage when we started pre-season and Leonardo Castro was somehow going‚ (and we said) ok‚ let’s go and look for options‚” said Middendorp.

“Then it came in a different way (in the pre-season).

"He’s here and I’m very happy to have him here and it looks like we’ll go with him (Castro) as one of the five (foreign players).”

The decision to release Andriarimanana will come as a bit of a surprise to fans after Middendorp showered the Madagascan with praise towards the end of last season.

His goal against Chippa United in the Nedbank Cup semifinals had the German cooing in appreciation of his talents.

But with his jersey heading to Buccus and goalkeeper Itumeleng Khune still not 100% fit to start a game‚ there's very little chance of Akpeyi being sacrificed.

Chiefs will play against their arch-rivals Orlando Pirates in the pre-season Carling Black Label Cup at the FNB Stadium on Saturday.

Young Chiefs keeper Brice Bvuma is expected to start ahead of Akpeyi because of the number of the votes he’s received so far from the fans.