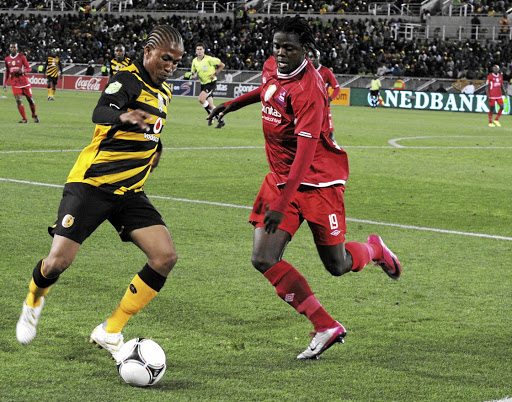 Ex-Kaizer Chiefs attacking midfielder Josta Dladla is content with the club's new signings, singling out striker Lazarous Kambole as the one who's likely to make an immediate impact.

Chiefs have not been that busy in the current transfer window, having captured just four players so far.

Zambian-born striker Kambole, Ghanaian midfielder James Kotei, Serbian marksman Samir Nurkovic, alongside Durban-born midfielder Kearyn Baccus, who had been living abroad since 2008, are currently the only new faces at Naturena.

"I am happy that the club have taken an initiative to go beyond SA borders to find new players. For me Kambole is the one who will adapt faster," Dladla, who turns 40 on Saturday, said. "He [Kambole] will of course get advices from other Zambians who played for Chiefs in the past. your Mbesumas. That should be an advantage for him."

Amid rumours that Chiefs have transfer-listed Leonardo Castro, who arrived as a marquee signing from Mamelodi Sundowns in January last year, as a former Downs player himself, Dladla has refuted the notion that players who join Amakhosi from the Brazilians often struggle.

"It is harsh to say players from Sundowns struggle when they go to Chiefs, I did not struggle. The culture is different, these are the two powerhouses you cannot compare," Dladla emphasised.

"Sometimes it's just life, the normal ups and downs. But you cannot say that players from Sundowns struggle at Chiefs; guys like Fabian McCarthy and Khama Billiat are the perfect example that it's not like that."

Katlego Mphela is another playerwho struggled at Chiefs.

Dladla, who transferred from Downs to Chiefs in 2009, is the Carling Black Label Cup ambassador, taking place on July 27.

There has been plenty of speculation around the future of SuperSport United striker Evans Rusike in recent weeks‚ but it seems he will be going ...
Sport
2 years ago
Next Article