Pitso Mosimane to new Uruguayan striker: 'We won’t change our style of play' 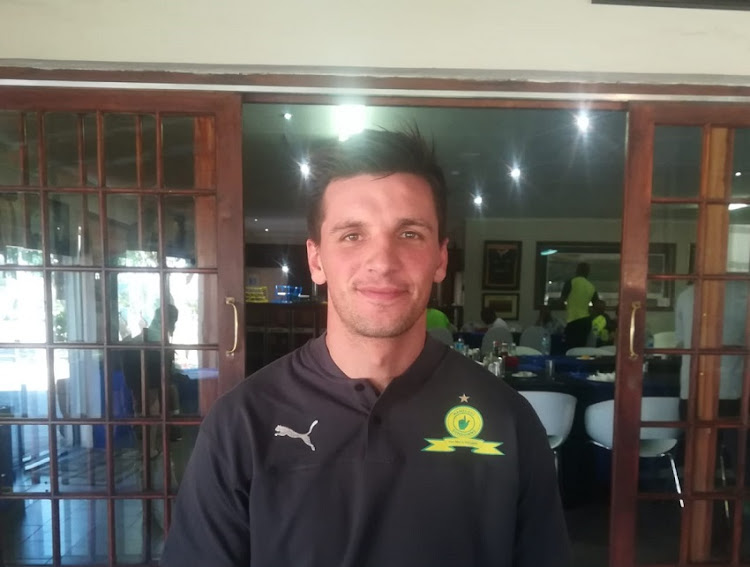 Mamelodi Sundowns coach Pitso Mosimane says if new Uruguayan striker Mauricio Affonso adapts quickly to their passing style of play‚ he will be a revelation in the PSL in the coming season.

“I don’t want to say that we are going to play more crosses because of him‚” he said from their pre-season camp in Nelspruit on Thursday.

“We won’t change our style of play‚ he must play the way we play.

"But when you have set-pieces‚ he will help us because we don’t have the height with the likes of Gaston Sirino‚ Sibusiso Vilakazi and Themba Zwane.”

“We had a number nine with Leonardo Castro in the past and he adapted well with the CBD partnership with Khama Billiat and Keegan Dolly.

"I went back to revisit the same strategy to see if it can’t help us because with the CBD strategy we won the league with 71 points and more than 50 goals.”

Affonso said he is enjoying himself at the club since he arrived on Sunday and he will do his best to score goals.

“I want to contribute to the team by scoring goals as a striker. I came here because I wanted something different in my career and this is a good challenge for me.

"I will try as hard as possible to score as many goals as I can and I will work according to the coach’s plans. I can’t say how many goals I will score but I just want to help the team‚” said Affonso.

“I feel good to be here at Sundowns‚ it is a big club and the players have welcomed me very well.

"I arrived on Sunday and I have been training well with the rest of the players.

"I didn’t know much about the club but I have done a lot of research about them.

"What I found was that they are a big club who have won the Caf Champions League and they are going back there next season.

"What also impressed me about the club is that they have also played in the Fifa Club World Cup.”

Mosimane added that Affonso would be vital for him in the Champions League.

“We believe he will be important for us for the Champions League‚" he said.

"We will see how he plays and how he fits our style.

"Sundowns is a complex team because we can play without a striker the whole season.

"Let’s see if we can get the best out of him.

"He scores goals and a striker must score.

"He is a striker and not Zwane‚ Sirino and Vilakazi who can dance around the ball.”

Meanwhile‚ Sundowns depart for Botswana on Sunday next week to play against local sides and then proceed to the Democratic Republic of Congo four days later for another training camp.