Chiefs fight back to snatch a draw 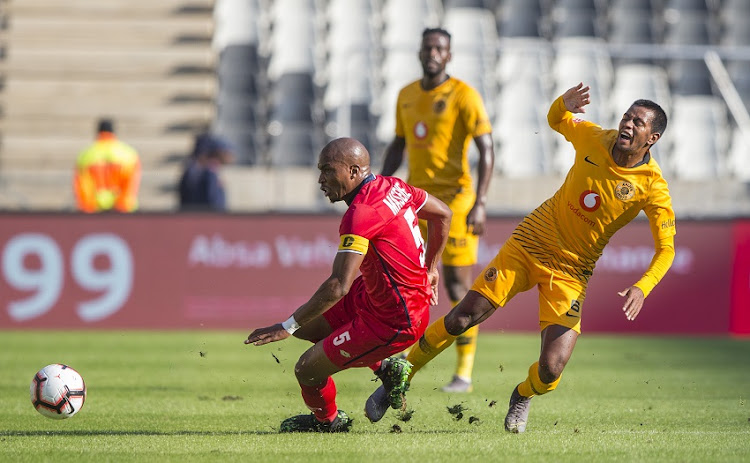 Kaizer Chiefs could not secure themselves security of a top eight place, and Free State Stars now are in very real relegation danger from Saturday's 1-1 Absa Premiership draw at Mbombela Stadium.

Sibusiso Hlubi put Stars ahead in the 53rd minute, Daniel Cardoso equalising from the penalty spot in the 65th.

Chiefs remained rooted in seventh place. Stars now really are in danger of the drop.

They point saw the Free Staters drop into 14th place, just a point ahead of last-placed Maritzburg United.

A post-mortem of Ernst Middendorp's unexpected first six months back at Chiefs will begin to be compiled soon.

The coach has bought himself a long line of credit steering Amakhosi to the Nedbank Cup final, where it would be an upset of some magnitude were they to lose to TS Galaxy.

In the league, it has been a decided mishmash. Of course Middendorp cannot be properly judged arriving midway through a season to replace the muddled start of Giovanni Solinas.

But certainly, next season, with the pressure on to challenge - because Chiefs must surely challenge - such unconvincing runs as their now six-game winless streak in the league will be far harder to tolerate.

The first half meandered. Chiefs could not put together movement with sufficient pace to break down Stars. Ea Lla Koto lacked the urgency you would have expected from a team facing relegation.

Towards the break Chiefs did lift their tempo. A move down the right channel was started by Dax - probably their most lively player - winning the ball deep in his half, and ended with Billiat shaking a marker, creating space and striking one along the lawn that was well stopped by goalkeeper Badra Ali Sangare.

In the 45th Stars winger Hlubi struck a 28-metre free-kick with venom and swerve that required a fine diving right-handed save from Bruce Bvuma.

The Billiat-Leonardo Castro forward understanding lacked the spark on Saturday it had shown at times this season.

It was revived for a moment when Billiat's cross found Castro to stretch a leg and volley inches over soon after the restart.

Stars had barely threatened. They were gifted an opener by Ramahlwe Mphahlele's casual defensive error.

Kabelo Mahlasela's backpass from deep in Stars' half had Chiefs' right-back reaching. Under pressure, his touch backwards into no-man's land allowed Harris Tchilimbou to take the ball and beat Bvuma.

Mphahlele recovered to win the ball back as Tchilimbou faced an open goal. Hlubi was on hand to sweep in the loose ball.

Chiefs then really did up their velocity after going a goal down.

Just past the hour Castro, played in by substitute Lebogang Manyama, was challenged by centreback Sifiso Mbhele in the area, with plenty of contact, justifying referee Sandile Dilikane pointing to the spot. Cardoso calmly struck to the right of Sangare.

Stars ended displaying a greater level of fight. Tchilimbou and Paulus Masehe headed just off target for Stars from corners. Makhehlene Makhaula missed another in the 82nd.