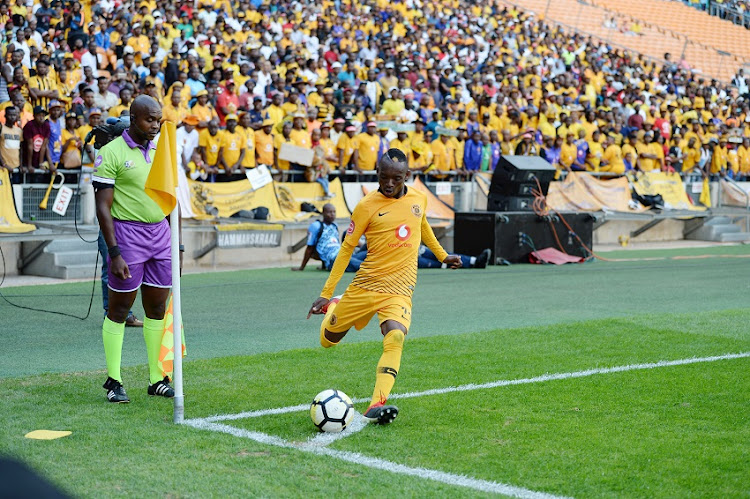 Kaizer Chiefs may have received firm offers from leading clubs in North Africa and Asia on their ace attacking midfielder Khama Billiat but chances of the player leaving South African shores before the completion of the coming season are non-existent according to his agent.

Moroccan club Raja Casablanca are believed to have shown interest in the talented Zimbabwean player but it is Zamalek‚ one of Egyptian giants‚ who are reported to have tabled a R23 million offer that was neither confirmed by Chiefs nor Billiat’s agent Mike Ngobeni.

Chiefs’ communications manager Vina Maphosa admitted to TimesLive that Billiat is a wanted man and as a club they are not surprised by all the interest shown in him.

“Khama is one of the top players and there’s no doubt with his performance at Chiefs and Afcon he’ll be a wanted man‚” said Maphosa without disclosing the teams wanting and the figures that have been put on a table by any club.

“If Khama is one of the wanted players we can only communicate the matter when the deal is done. One thing for sure‚ he is one of the hot properties.”

Billiat’s agent‚ Ngobeni told TimesLive his client is unlikely to move to any destination before the end of the coming season.

“I can’t decline an offer (if it is there)‚ you know because I’m not a club‚” said Ngobeni who was instrumental in bringing Billiat to Chiefs before the start of last season.

“I mean really how can I decline an offer? I don’t have an offer with me. If the offer was sent to Chiefs I don’t know what Chiefs would say to those clubs.”

“What I will say is that my player is there to stay at Chiefs. He’s not pressured to go to any club at the present moment. But I’m not sure about that amount (R23 million). I don’t know if there’s a particular club which offers that amount to Chiefs or whether Chiefs declined or what. But nobody phoned me‚ it’s also news to me.”

Ngobeni said it was the stories that have appeared in the media that have been depicting different things about Billiat’s future with Chiefs.

“Khama never turned down an offer to play in Egypt. Khama’s got nothing against Egypt or Zamalek. He is saying he is not ready to leave this season (2019-20). He still wants to play for Chiefs and in South Africa this coming season and see if he can win something with Chiefs.

“Then whatever happens (about his future) you will see it next season. So this is not about Khama and Egypt.

“It seems like now he’s against Egypt. No he’s not against Egypt. He didn’t say he doesn’t want to go and play in Egypt. He says he is not ready to move this season. He wants to stay and win something with Kaizer Chiefs.”

Ngobeni also revealed the interest in Billiat was not limited to the clubs in North Africa but Asia as well.

“There are still offers from Dubai and offers from Saudi Arabia and there were inquiries in China.

“But it’s not about the money.

“People think if Chiefs accept the offer it’s because they just wanted the money and they just let the player go.

“No‚ Chiefs are smart. They also put the interest of the player first. They discuss these matters with the player‚ they don’t just make a decision.”