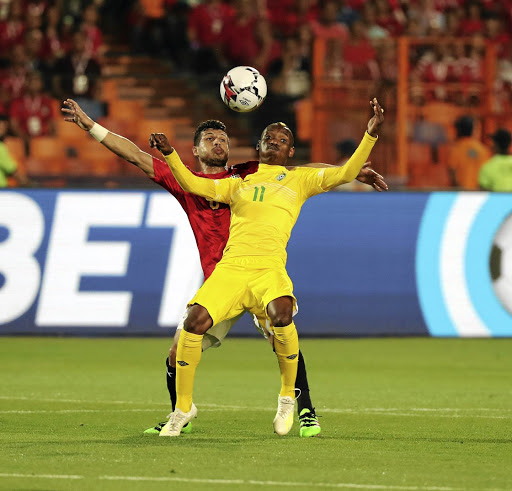 Still reeling from falling out of the Africa Cup of Nations (Afcon) finals following their disastrous showing, Zimbabwe now have to deal with their star player Khama Billiat's threats to quit international football.

The Warriors crashed out of the tournament in Egypt winless after two losses and a draw. They suffered an emphatic 4-0 thumping at the hands of DR Congo last week in their final match.

A storm has erupted after their elimination with the team having been accused of match-fixing.

Not only that, Zimbabwe Football Association (Zifa) has been accused of owing players money and leaving them without tickets to fly back home.

This has apparently left Billiat pondering his future with the national team. "Khama is not happy with what happened at Afcon and is even thinking about quitting the national team," an insider said.

The Kaizer Chiefs star apparently had to pay for his teammates' flight back home after Zifa failed to make bookings for the team.

Billiat's agent Mike Ngobeni refuted the claims that his client wanted to quit.

"Khama is still going to serve his country and will play for the national team," Ngobeni said.

"Of course Zimbabwe is struggling financially, which we all know about."

Ngobeni, though, admitted that Billiat paid for his flight home from the tournament.

"Even if he has to pay for his own ticket, he will do that and not complain about it."

AmaZulu winger Talent Chawapiwa admitted that he also paid for his flight.

"I don't want to talk about this, but yes I did organise my own flight to SA," he said.

Many of the players are afraid to speak out for fear of being victimised or banished.

Goalkeeper Elvis Chipezeze has been left traumatised after he took much of the blame for his poor goalkeeping in the thumping loss.

His club coach at Baroka, Wedson Nyirenda, has confirmed that they would organise a psychologist for the shot stopper. "We are going to get him counselling and make sure he is in the right frame of mind," said Nyirenda.