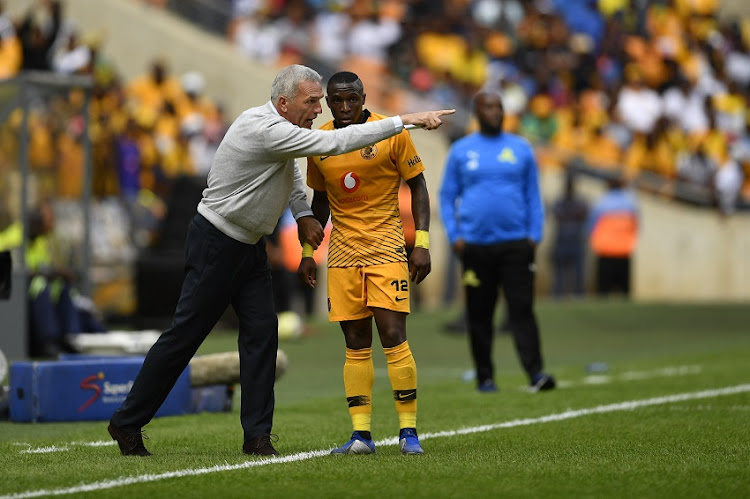 Kaizer Chiefs coach Ernst Middendorp is satisfied with his team's preparations ahead of a season that fans hope will see the end of the club's unprecedented trophyless run.

The Chiefs coach will start the new campaign under immense pressure after ending last season without silverware for an unprecedented fourth year in a row. The once proud Amakhosi also failed to qualify for the MTN8 competition.

“I am quite satisfied with how our pre-season camp is going so far‚ given the circumstances we find ourselves in with some of our key players missing due to their country duty in the Afcon tournament‚” said coach Middendorp.

“We are not complaining but it is a challenge for us preparing for the new season without some of the guys.

"For instance‚ we needed Daniel Cardoso and Ramahlwe “Rama” Mphahlele because we were working on our defensive work.”

Chiefs started their preparations without some of their key players as they had seven players who were called up by various national teams to the Africa Cup of Nations in Egypt.

“We have been working hard for the past few days and I’m happy with the response from some of the players‚" he said.

"It is good that we do not have any serious injuries and some of the guys who were injured last season are on their way back to full recovery.”

Influential midfielder Khama Billiat of Zimbabwe has rejoined his team-mates as his country were eliminated from the tournament after the group stages.

“We have been keeping in touch with the technical and medical teams of the various national teams to check on our players and so far‚ there are no injury worries.

"We hope more players will join us as the week progresses and will be with us when we travel to Botswana on Friday‚” he continued‚ adding that he is working on integrating the new players into the team.

“The four new guys have been working hard and we believe they will adapt quickly to our system and hit the ground running because we don’t have much time.

"We have been working on the players’ mental strength and teamwork which will see them communicate better in all departments.” the coach concluded.

Amakhosi face Botswana’s Township Rollers in a friendly match on Saturday at the Jamali Stadium in Tlokweng.