Put Chiefs keeper Akpeyi under pressure: What else must Bafana do against Nigeria? 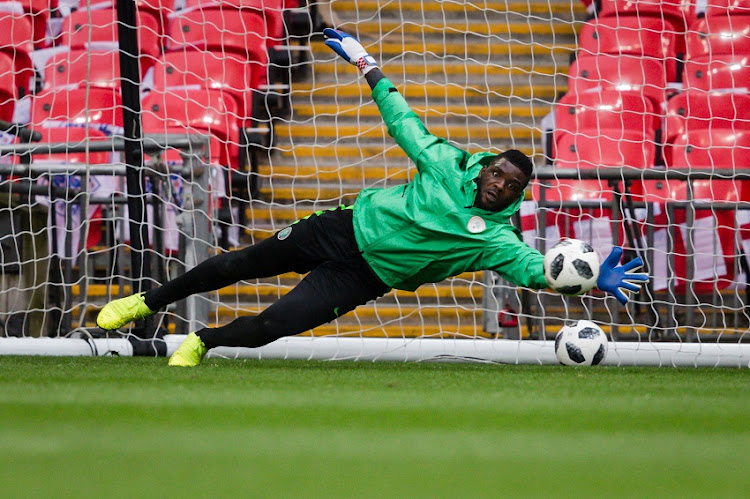 Daniel Akpeyi of Nigeria during the Nigeria Training at the Wembley Stadium on June 1, 2018 in London United Kingdom.
Image: Erwin Spek/Soccrates/Getty Images

Bafana Bafana have set their sights on an Africa Cup of Nations quarterfinal against Nigeria in Cairo on Wednesday‚ a meeting with an old foe that is just their second visit to this stage of the competition since 2002.

Ordinarily‚ a meeting with Nigeria would elicit feelings of dread‚ but having brushed aside hosts Egypt in the last round‚ and performed well against the Super Eagles in recent years‚ there is much cause for optimism.

But it will still be an extremely tough ask against a side packed with players in Europe’s elite leagues.

SowetanLIVE looks at five things Bafana will need to get right if they are to progress to the semifinals.

Bafana’s victory over Egypt was thrilling to watch‚ not just because of the scoreline‚ but also how they approached the game and executed their plans.

But coming into the game against Nigeria‚ it will also perhaps be a cause for concern for many supporters – how could a side that had been so timid‚ tepid and generally poor in the group stages‚ fire into life and give such a complete performance?

Politicians are known to flip-flop depending on where they think their bread is buttered‚ but football teams should never have such a wide gap in performance. They have to be more consistent.

If Bafana are as good as they showed against Egypt‚ they should have shown it in every game of this tournament‚ and it begs the question of whether they will be able to fire like that again?

Was that their ‘final’‚ the 90 minutes in the tournament where they peaked? Or has it merely ignited a sleeping giant and proven to the players what they can produce?

Win or lose on Wednesday‚ what Bafana fans will want now is at least the same level of performance.

Many coaches buy into the ’horses for courses’ mantra that you must select your side based on the opponent.

But sometimes you also have to go with your gut‚ and maybe now is the time for coach Stuart Baxter to just believe that while he might not think this is his best team on paper‚ a repeat of the Egypt line-up is the way to go.

That will breed confidence in the players and allow them to pick it up where they left off.

It would be hard on Themba Zwane‚ an excellent player‚ but he must also accept that his replacement came in and performed.

Nigeria‚ in many ways‚ could present a similar challenge for Bafana. They have pace out wide‚ good ball players in the centre and some deadly finishers. Like Egypt‚ they can be a little static in defence too.

There must be huge temptation to bring Zwane back in‚ such is his quality on the ball‚ but Baxter should resist.

Odion Ighalo is a very different player to Mo Salah‚ but is a deadly finisher in the box and if Bafana give him space‚ he will punish them.

That has been proven time and again‚ most recently with his brace against Cameroon in the previous round. In fact‚ it is unlikely there is a more precise finisher in the competition.

He is a typical poacher in the box‚ feeding off scraps and loose balls‚ but turning them into goals.

Bafana centre-backs Thulani Hlatshwayo and Buhle Mkhwanazi will have their hands full keeping an eye on him‚ but will be seeking help from their midfield to also stop the supply into the box.

4) Test Akpeyi at every opportunity

Kaizer Chiefs goalkeeper Daniel Akpeyi will likely line up for the Super Eagles having played in all but their dead rubber against Madagascar in the pool stages so far.

He is not Nigeria’s number one for nothing‚ but has shown at Chiefs‚ and Chippa United before that‚ that he is fallible and error-prone.

Bafana would do well to test him in the game with shots from the edge of the box‚ and make sure there are willing runners on the follow-up as he has a propensity to spill the ball.

Bafana certainly have the players to do this‚ Percy Tau forced some excellent saves from Egypt goalkeeper Mohamed El Shenawy in the last round‚ while Thembinkosi Lorch‚ Kamohelo Mokotjo and Bongani Zungu can all strike a sweet ball.

Putting Akpeyi under pressure and seeing how he reacts could be a key tactic for the team.

5) Watch the pace of Musa

When Bafana played Nigeria at FNB Stadium last November‚ they were somewhat fortunate to come away with a 1-1 draw after Nigeria twice had scoring opportunities wrongly called back by erring match officials.

On both occasions is was because Ahmed Musa was simply too fast for the assistant referees‚ his pace outstripping the Bafana defence and giving the appearance that he must have gone too early‚ when the runs were in fact perfectly timed.

The introduction of the Video Assistant Referee from the quarterfinals onwards in Egypt‚ means Bafana will not be saved by the naked eye this time round‚ and must instead rely on their organization and concentration to nullify the threat of Musa.

The Bafana backline is not the quickest and if they get caught square‚ it will leave goalkeeper Ronwen Williams exposed‚ exactly in the manner in which Ivory Coast netted in the first game of the tournament.

A tight offside line will be key to making sure Musa does not run riot.