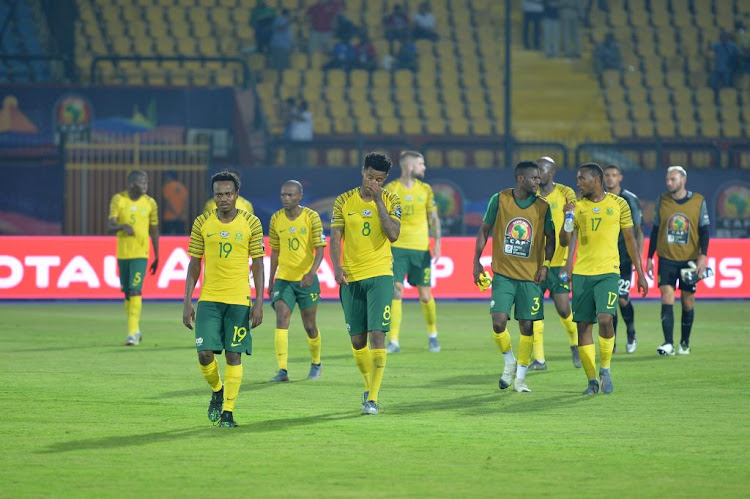 Bafana Bafana need to be as structured as they were in the group stages while also finding a way to hurt Egypt in attack to stand a chance of an upset in Saturday night's Africa Cup of Nations last-16 clash‚ according to Stuart Baxter.

Many would expect Baxter to continue the conservative tactics seen in the group stage but coach's language has hinted at some surprises in terms of the approach to the game.

The defensive strategy saw South Africa structured but timid while losing 1-0 against Ivory Coast‚ disjointed while beating of Namibia 1-0 and organised but playing far too deep in the second half when they conceded in the 90th minute in the 1-0 loss against Morocco.

In the anger vented at home at the approach‚ it seems to have been lost that this is probably the most structured Bafana to have come to a Nations Cup since the 2000s.

Bafana coach Stuart Baxter says pressure will be on Egypt

With Bafana's last 16 clash against Egypt being the underdogs against the favourites, they need to quieten the crowd at the 75‚000-seater Cairo ...
Sport
2 years ago

Of course structure is not enough‚ the public are entitled to their disappointment that Bafana have not attacked more.

That structure has been noticed in Egypt‚ though.

Again‚ if Baxter can successfully tweak the attack‚ then even against the imposing giants of Mohamed Salah‚ Trézéguet and company‚ we could have a game on our hands at Cairo International Stadium.

Baxter was asked by a foreign journalist at his pre-match press conference at Egypt's 75‚000-seat stronghold how Bafana managed to contain Hervé Renard's early tournament favourites Morocco who were knocked out on penalties by Benin on Friday night. And could he apply such tactics against Egypt?

“Almost every game in the tournament has been very close. And we wanted to play to win the game against Morocco in a certain way‚” Baxter said.

Midfielder got injured in SA's opening match
Sport
2 years ago

“That may not be the best way to beat Egypt. And it also may be. But we have to find a strategy to stop them playing. And we have to find a strategy to hurt them. Now‚ against Morocco I was disappointed in our attacking play. Usually‚ if you go back in history‚ South Africans attack better than they defend. And we have also had a very mobile attack‚ until we came to the tournament.”

“And in the tournament‚ we haven't really shown our attacking capabilities. If we're going to have a chance against a team like Egypt in Cairo‚ then we have to be as difficult to break down‚ but more difficult to stop. And that's the simple truth. If we don't solve that problem in attack we will have problems. If we can solve it‚ then I think it will be a very interesting game.”

Baxter's aim in that regard is made more difficult as Bafana's best attacker of the tournament - Mamelodi Sundowns winger Themba Zwane - is suspended.

The coach will look to Lebohang Maboe‚ Sibusiso Vilakazi or Thembinkosi Lorch to step up in his frontline.

Losing attacking midfielder Themba Zwane for the crunch last-16 clash against hosts Egypt at the imposing Cairo International Stadium is a big blow ...
Sport
2 years ago

Bafana Bafana’s pool matches at the Africa Cup of Nations have come to an end and now the side waits anxiously to see if they will reach the knockout ...
Sport
2 years ago
Next Article