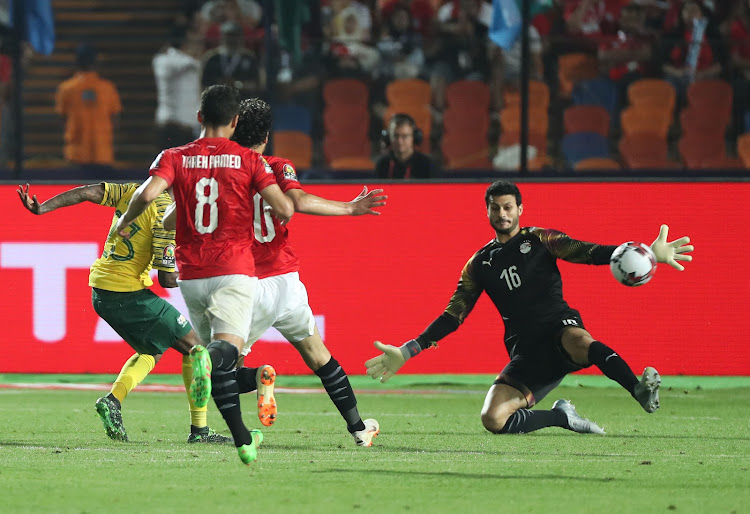 SA Footballer of the Year Thembinkosi Lorch scores the goal that sent Bafana Bafana to the quarterfinals of the Afcon finals at the expense of host nation Egypt on July 6 2019.
Image: Gavin Barker/BackpagePix

The coach has retained the 4-3-3 formation that was so successful as South Africa shocked hosts Egypt at the same venue in front of 75,000 spectators on Saturday night.

Dean Furman and Kamohelo Mokotjo play behind Bongani Zungu in the midfield three.

Bafana are likely to tweak the high-pressing game they played against the hosts‚ varying between that highly effective strategy and sitting back at times to draw Nigeria in.