Afcon moment of truth: Key battles to watch in Bafana vs Nigeria showdown 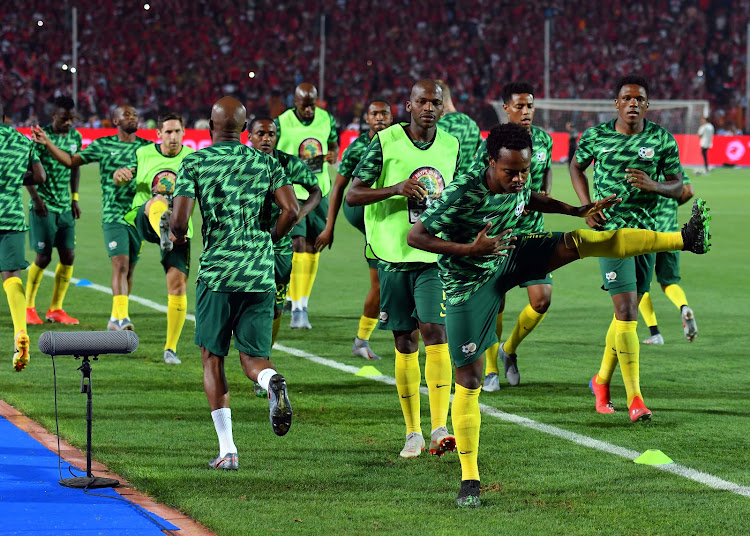 Bafana Bafana should be oozing confidence as they prepare to face Nigeria in their Africa Cup of Nations quarterfinal at the Cairo International Stadium on Wednesday‚ but there are plenty of dangermen in the opposition.

Bafana got a deserved 2-0 win and a fortuitous 1-1 draw against the Super Eagles in the qualifiers for the tournament‚ so will know their opponents well and have plans in place to combat them.

As with the last round‚ where Sifiso Hlanti nullified Egypt’s dangerman Mo Salah‚ winning the personal duels on the pitch will be hugely important.

SowetanLIVE looks at three battles that could be key to victory.

Williams has now seemingly established himself as Bafana Bafana’s number one in the absence of the injured Itumeleng Khune and has performed superbly in the Nations Cup so far.

He was left exposed at times against the Egyptians‚ but his positioning and reactions were superb‚ keeping The Pharaohs at bay.

Now he comes up against arguably the most deadly finisher in the competition in Nigeria forward Odion Ighalo‚ who has 10 goals in his last nine caps and netted twice in the last round against Cameroon.

Ighalo has quick feet and almost always hits the target‚ sniping on any small amount of space offered in the box.

Williams will expect his defence to marshal the forward‚ but must be ready to save from any angle against the prolific striker.

Furman’s place in the side against Ivory Coast was questioned‚ but fans fell back in love with him after a superb display against Egypt.

That is the life of a footballer.

What is clear is that he is the man to do the ‘dirty work’ in the middle of the park for Bafana‚ to win opposition ball‚ harry the Nigerian players and genuinely be a nuisance with the high press.

If you are expecting a champagne pass from him‚ that is not his game and he sticks to his roles very well.

He will want to cut off the supply to the forward players from Nigeria’s Alex Iwobi‚ with the Arsenal star a key attacking weapon for the Super Eagles.

Given time‚ he will control the tempo and keep the pressure on Bafana‚ meaning Furman will need to starve him of the ball and be in his face when he does receive it.

Lebo Mothiba fulfils his particular attacking role well as a man to bully defenders and move them out of position‚ but Tau remains the big creative link in this Bafana side.

When he plays well‚ so do South Africa.

In front of him will likely be left-sided centre-back Kenneth Omeruo‚ who remains on the books of Chelsea‚ but has spent the last six seasons out on loan‚ most recently with Leganés in the Spanish LaLiga.

Omeruo is a big unit‚ but not all that mobile‚ and so if Tau can dazzle him with the ball at his feet and run at the defender at pace‚ he can cause him plenty of problems.

The only question may be how fatigued tau will be after a long season in Belgium and having played every minute of the Nations Cup campaign so far.