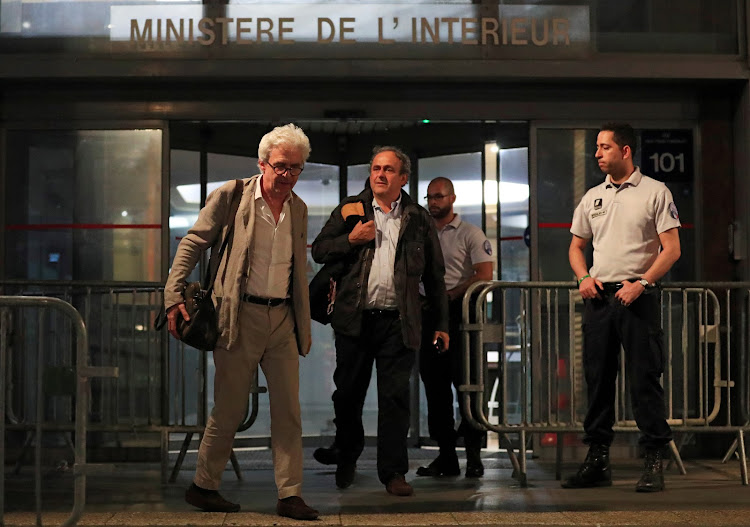 Former head of European football association Uefa Michel Platini leaves a judicial police station where he was detained for questioning over the awarding of the 2022 World Cup soccer tournament, in Nanterre, France June 19, 2019.
Image: REUTERS/Charles Platiau

Michel Platini, the former head of European soccer association Uefa, was freed in the early hours of Wednesday after having been questioned over the awarding of the 2022 Fifa World Cup soccer tournament to Qatar.

A Reuters photographer saw Platini leave a local police station, where he had been detained for questioning on Tuesday.

Platini's lawyer, William Bourdon, said his client was innocent of all charges and that he had been questioned on "technical grounds."

France's national financial prosecutor's office, which specialises in investigating economic crimes and corruption, has been leading a probe into the awarding of the 2022 tournament to Qatar.

It is looking into possible offences including private corruption, conspiracy and influence peddling.

Platini is one of France's most famous sportsmen and soccer stars.

He led France to victory in the 1984 European Championship and played in two World Cup semi-finals.