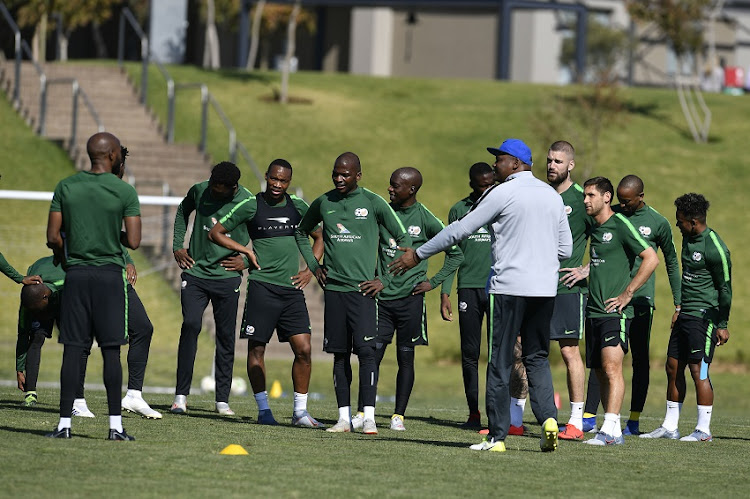 Namibia have been billed as the minnows of Bafana Bafana’s group at the Africa Cup of Nations‚ but a surprise 1-0 victory over Ghana in a warm-up match at the weekend has fuelled belief in the side.

Bafana‚ Morocco and Ivory Coast provide formidable opposition to the Brave Warriors‚ but coach Ricardo Mannetti believes he has nothing to fear.

Former Santos star Mannetti‚ who will be one of the longest-serving coaches at the continental finals‚ having been in charge for four years‚ has been building this side since a surprise win at the COSAFA Cup in 2015.

They are a well-oiled unit and according to the coach‚ one capable of giving anybody a stern test as they look ahead to a tournament opener against Morocco on Sunday.

“The Ghana match gave us a lot of confidence going into the Morocco match and we are positive that we will be able to surprise Africa‚” Mannetti said.

“We can’t wait for the game to start so that we can continue to live the dream. Our first goal is to win our first match at AFCON and then the sky is the limit.”

Namibia will arrive in Cairo on Tuesday having‚ like Bafana‚ camped in Dubai in preparation for the finals.

“The camp in Dubai was perfect for us with the hot conditions and also helped us from a mental point of view to balance our preparations ahead of the finals‚” Mannetti said.

“We are the least expected team to win and that gives us the drive to do extra and we are prepared to do that.”

Namibia have a number Premier Soccer League players in their squad‚ including BidVest Wits winger Deon Hotto‚ and the Highlands Park duo of Denzil Haoseb and Peter Shalulile.

The team will be appearing in their third continental finals‚ but have taken just two points from a possible 18 in six group games so far.

They were on the wrong end of Benni McCarthy’s four-goal spree in 1998‚ while they appeared again in Ghana in 2008 but also ended with a draw and two defeats.

They have a single win against South Africa before and also beat a locally-based Ivorian side at the African Nations Championship in 2018‚ but have never recorded a win against Morocco in six previous encounters.