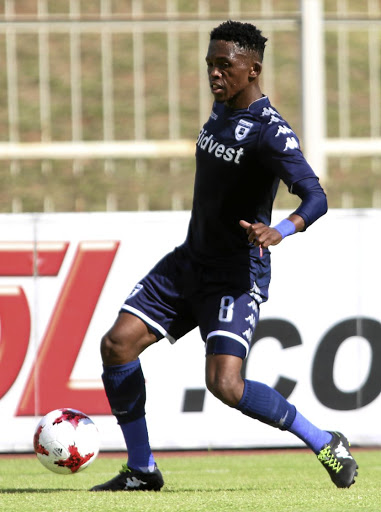 Bidvest Wits midfielder Thabang Monare has left it up to the club to decide his future amid the speculation linking him with a move to Kaizer Chiefs.

Monare is seen by some as the perfect candidate to inject some vigour into the Chiefs midfield that clearly lacks depth.

Fresh blood is needed in the central midfield that has for too long depended on Willard Katsande and George Maluleka.

The midfield enforcer from Embalenhle, Mpumalanga, has been one of the most consistent players for Wits for the past few seasons.

"I am still contracted to Wits and it will be up to them to decide what happens going forward," Monare told Sowetan.

"It's funny to wake up and all these things are being said about you but you don't know anything.

Everybody is asking me if I am going to join Chiefs.

"I have not heard anything [from] my agent [Mirko Agnelli] or the club. Even my mother thinks I am keeping it away from her that I might be going to the Chiefs."

The 29-year-old has one year remaining on his contract with the university club. Wits could opt to cash in on him rather than to let him walk for free at the end of next season.

Wits coach Gavin Hunt rates Monare highly and has clung on to him and opted to rather part ways with top midfielders, including Xola Mlambo and Ben Motshwari.

The Wits players are expected to report for the pre-season at Milpark on Saturday. Monare added that he was looking forward to getting back to playing football after a month-long break.