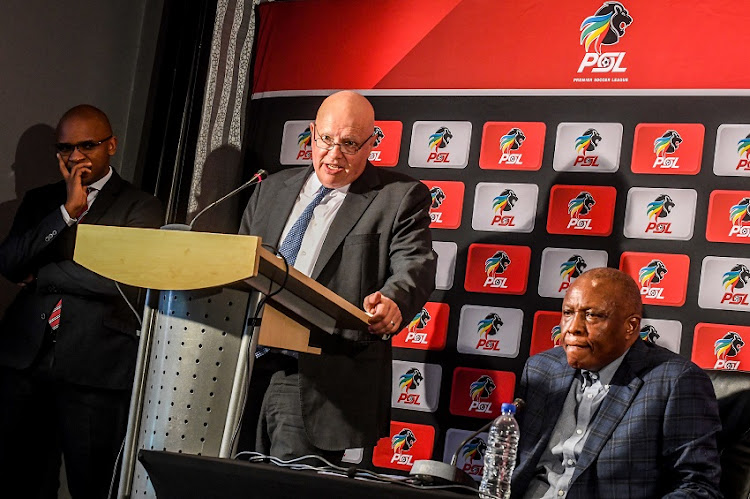 Premier Soccer League (PSL) prosecutor Nande Becker has squashed rumours that he has resigned or been fired.

Rumours have flown on social media that the prosecutor has relinquished his post‚ while a weekend newspaper report indicated Becker had been dismissed.

“It’s absolute nonsense. I know it was in a weekend paper.

"I think what they said there is that I had been given notice‚” Becker told SowetanLIVE.

“I haven’t been given notice. But I’ve confirmed with the league just in case‚ and nobody there is aware of anything like that.

“I have not resigned and I have not been served with a notice terminating my services.”

Sunday newspaper City Press this weekend‚ in a story on the resignation of South African Football Association (Safa) legal head Tebogo Motlanthe last Tuesday‚ speculated that Motlanthe might be taking up a post at the PSL.

The report quoted Motlanthe as saying: “I am not going to the PSL.

“They have been talking to me since the current prosecutor‚ Nande Becker‚ was served notice. I just want to stay away from football for a bit. I am joining a friend and former schoolmate who has an established practice as I want to go into private practice.”

The Premier Soccer League (PSL) have appealed the decision of their own disciplinary committee (DC) in respect of the sanction against Mamelodi ...
Sport
2 years ago

Becker currently has a lot on his plate as PSL prosecutor.

Most pressingly he has the case involving Mamelodi Sundowns having been found guilty and fined R250‚000‚ half suspended‚ for fielding ineligible Wayne Arendse in a 1-1 Absa Premiership draw against Bidvest Wits at Loftus Versfeld in October.

The PSL have appealed the sentence at a Safa arbitration.

Motlanthe’s resignation last week can possibly put a spoke in the works of resolving the case‚ which has implications in the league title race‚ speedily.

Becker said that Motlanthe‚ while he has resigned from Safa‚ is continuing to assist with the arbitration process.

The PSL appeal is requesting that instead of a monetary fine for Sundowns‚ Wits be awarded a 3-0 win for the match in question.

This would see Premiership leaders Downs deducted a point‚ from their current 56 to 55.

It is alleged that Mr Becker have handed-in his resignation to the PSL just a day after he filed an appealed in the judgement he handed down on Mamelodi Sundowns - Wayne Arendse matter.

There is one round of matches in the league remaining on Saturday.

Resignation of Nande Becker says a lot about PSL..