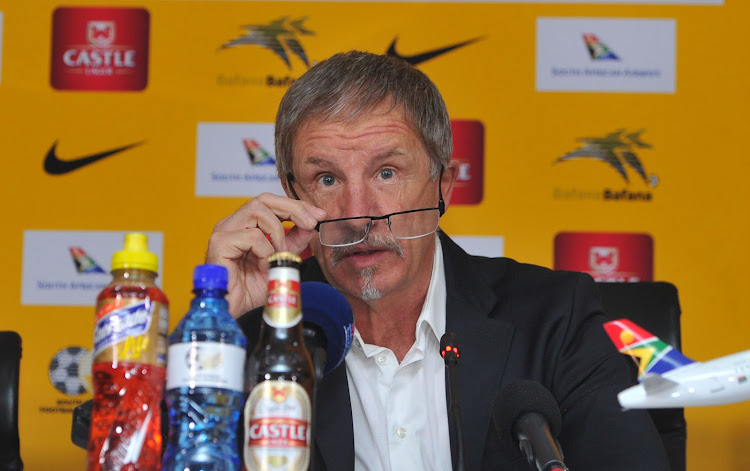 Bafana Bafana will learn their fate in the 2019 Cosafa Cup when the draw for the May 25-June 8 tournament in Durban is held on Thursday night.

The draw will include East African guest nation Uganda.

Bafana are one of the six seeded sides and so will only enter the tournament at the quarterfinal stage.

But that will provide national team coach Stuart Baxter with up to three fixtures with which to fine-tune for the Africa Cup of Nations (Afcon) in Egypt next month.

Baxter is due to hold a press conference on Thursday where he will outline his plans for the Cosafa Cup.

But the opportunity to have players in camp for an extended period and matches against the likes of Uganda‚ Zimbabwe and Angola‚ who will also be in Egypt‚ seems a good one.

Madagascar are the only one of the 14 COSAFA nations who declined an invitation to the regional tournament.

The draw will take place on SuperSport’s Soccer Africa show on Thursday night‚ which is on SS4 from 21h30.

The format for the competition will be the same as in previous years‚ with the eight lowest-ranked sides to be drawn into two pools each containing four sides.

The top two teams in those pools will advance to the quarterfinals‚ where they will on the six higher-ranked nations.

The four winning quarterfinalists advance to the semifinals‚ while the losing teams drop into the Plate competition‚ where they are guaranteed at least one more match.

Zimbabwe are the defending COSAFA Cup champions after they won in Polokwane last year.

The country was set to host the event this year but after they pulled out over a lack of government guarantees‚ Durban stepped in to host.