Tau can cap season with award 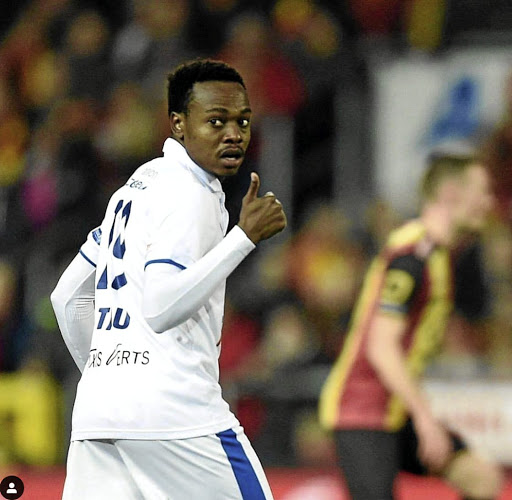 It's been a season to remember for Bafana Bafana star Percy Tau in Belgium, where he's plying his trade.

Having impressed with some stellar performances at Royal Union Saint-Gilloise, the 24-year-old has earned a nomination for that country's second division Player of the Year award.

The awards ceremony will take place next Monday at 9pm SA time and Tau, it appears, stands a good chance of winning it.

The former Mamelodi Sundowns forward is on loan at Saint-Gilloise from English Premier League side Brighton & Hove Albion.

There's an ongoing debate over whether the Belgian second tier is good enough for one of SA's real stars, but he's kept his head down and focused on the job at hand.

In 33 appearances across all competitions, the Emalahleni-born striker has contributed 10 goals and 12 assists as Saint-Gilloise narrowly missed out on promotion to the top flight.

So chuffed is Tau with the nomination that he's already posted a picture on social media of him alongside teammate Faiz Selemani, who netted 16 goals and has nine assists.

Selemani's statistics look better than those of Tau, but perhaps the South African's numerous moments of brilliance could stand him in good stead.

Tau has also been the shining light for the senior national team, with his goals helping the nation qualify for the 2019 Africa Cup of Nations in June.

Last year, Tau was the big winner at the Premier Soccer League (PSL) awards, where he scooped the Footballer of the Season gong.

After the hype of qualification‚ and with a talented team spearheaded by Percy Tau and Lebo Mothiba‚ Bafana Bafana will not want to disappoint with a ...
Sport
3 years ago

He also took home the Absa Premiership Players' Player of the Season accolade.

It's not known yet whether he will be able to play for Brighton in the EPL next season. Tau ended up in Belgium because he didn't qualify for a work permit, mainly because of Bafana's poor Fifa ranking, which now stands at 73.

In 2015, the English FA imposed new work permit rules and for countries that fall out of the Fifa top 50, getting a work permit can be a complicated and difficult process.

However, his dream of playing in England may still be realised, because the FA there has put in place an Exceptions Panel, which may review his application and depending on their points system, Tau could be granted a work permit.