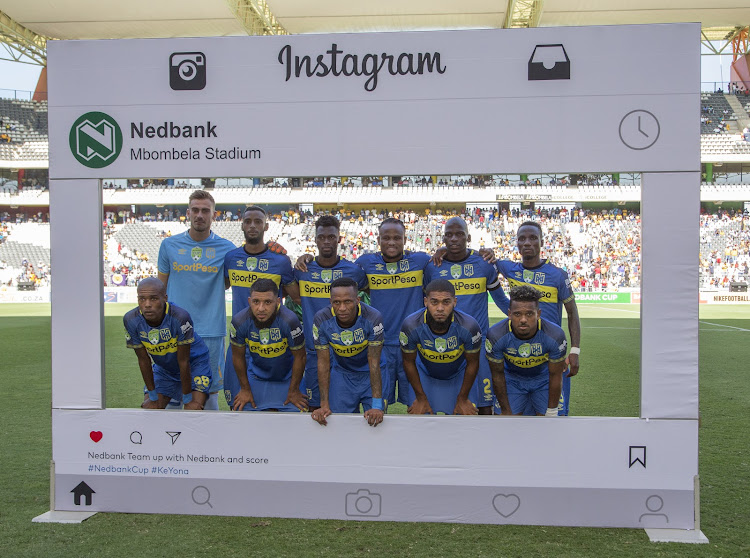 Cape Town City were never really serious contenders for the Premier Soccer League title‚ coach Benni McCarthy asserts‚ even though with two games left in the campaign they still have a slight mathematical chance of lifting the title.

“I don’t have the luxury of a large squad and that’s why I’ve said challenging for the league was mostly nice talk‚ but we realistically never had a chance to challenge for the league.

“It was nice to entertain the idea and for the profile of the club but our squad was not big enough‚” McCarthy said ahead of Saturday’s second-last game of the season against front-running Orlando Pirates at Athlone Stadium.

City start the game in fourth place‚ six points behind Pirates with two games to go.

They would have to beat Pirates and hope both Sundowns and Wits also drop points to stand any chance of winning a first ever league title.

“We don’t have enough depth and then we had the injury to Thabo Nodada and Roland Putsche‚ and those took a massive toll on our team because we have only a 24-man squad. And then you lose two of your key players‚ it’s a blow‚” McCarthy added.

“They were the core of the team and it then became a massive ask to keep things going after they were gone‚ keeping up the consistency and pushing for the league.

“When you drop points at home to Polokwane City and Highlands Park or lose away at Golden Arrows‚ it’s because you have so many games in such a short period of time without the depth in your squad‚ and it becomes complicated.”

City will also miss Kermit Erasmus on Saturday as he sits out a second game after being sent off against Highlands Park.