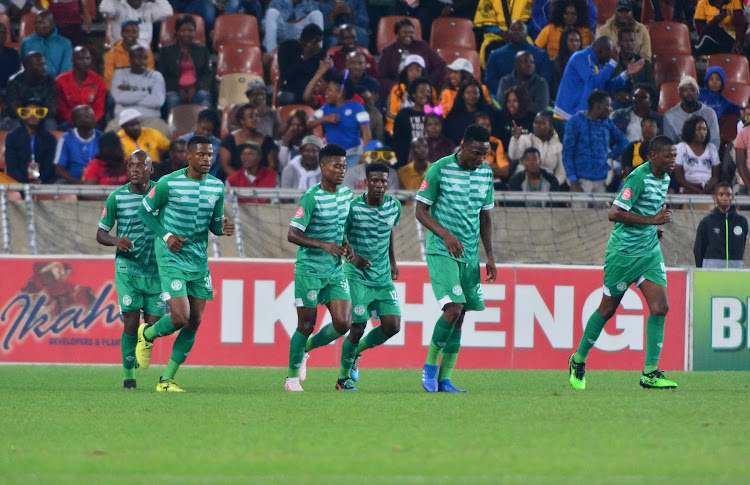 Bloemfontein Celtic’s staff and players are blocking out thoughts of their immediate future‚ and what will happen to their financially crippled club at the end of the season‚ as they embark on a final quest to finish in the top eight of the Premier Soccer League.

Coach Lehlohonolo Seema says focus is solidly now on finishing in a top eight place and qualifying Celtic for the MTN8 competition next season – that is‚ if the club is still around.

“We are blocking out all the external factors that are happening around us‚” he said as Celtic prepared to meet Highlands Park away in Tembisa on Saturday in their penultimate fixture of the season.

“After the last game on the 11th‚ then we can start talking to management about our future. For the moment‚ we are just looking at the game we have and we are pushing hard.

But the former Basotho international did admit that it had not been easy‚ with the future of the club in serious doubt.

The financial woes of owner Max Tshabalala have been well documented and at times in the season the players have not been paid and gone on strike as a result.

“We need to get off this rollercoaster that we’ve been on‚” Seema said.

“It’s been a crazy season but despite that craziness we are still getting results.

“Since the first game of the season‚ we’d never been out of the top eight until just a few weeks back.

“But we’ll fight until we get there. We know it won’t be easy but the hard work that the players have done will give us a chance.”

Celtic‚ who won their last two matches against Polokwane City and Kaizer Chiefs‚ are in eighth position with 37 points. That is one behind seventh-placed Chiefs and one point more than ninth-placed Highlands.

Celtic’s last game of the season on May 11 is against AmaZulu.

It is a home game but the club are prohibited from playing in Bloemfontein because of recent crowd violence so it will be moved. The venue is yet unknown.