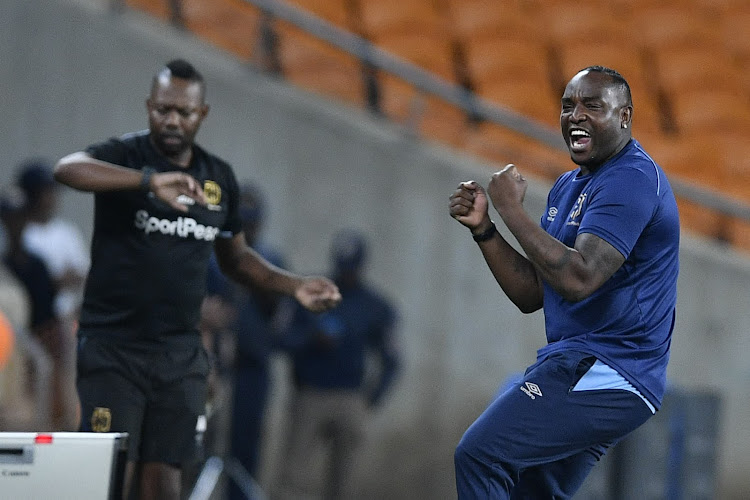 Benni McCarthy says he wants to toss a hand grenade in among the title-chasing frontrunners and then sit back and enjoy watching what unfolds.

“We like to ruffle a few feathers‚” joked the Cape Town City coach as he looked forward to Saturday’s meeting with log leaders Orlando Pirates at the Athlone Stadium – the penultimate game of the season for both clubs.

While City are still mathematically in the title race‚ McCarthy admits there is no chance of his club taking the title and so they are instead going to relish the role of spoiler this Saturday.

“I think Saturday will be the perfect time to ruffle a few feathers and just unpin that hand grenade and drop it there and see what happens.

“I’m saying to Wits and Sundowns we are going to throw a hand grenade in the middle there and let them all fight it out with Pirates!

“We want to make it interesting. It (the race for the Premier Soccer League title) must go down to the wire.

“The last games must be this one has to win and that one had to draw with that one etc.

“That’s what we want. We want confusion!”

McCarthy’s City will be hosting Pirates for only the fourth time and are unbeaten against them in the Cape.

A prior booking of the Cape Town Stadium by a church organisation means the game is at the Athlone Stadium instead.

McCarthy was initially angry over this but after they beat Sundowns there the last time they played at Athlone‚ he said he was not too concerned about the switch.

City have also beaten the other title candidates Wits in recent weeks.